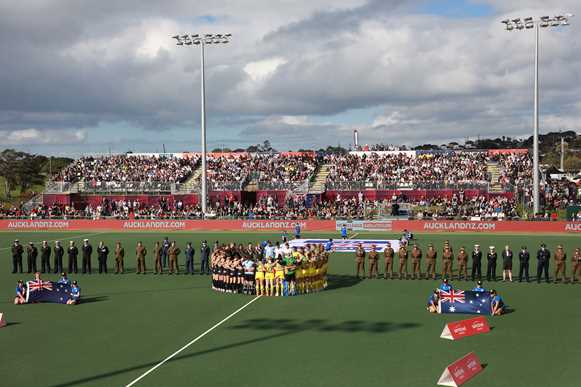 The final matches of the extended 2020-21 FIH Hockey Pro League will take place in the Western Australian city of Perth next weekend, with Australia’s men and women taking on great rivals New Zealand in an Oceania derby double header.

With the Olympic Games Tokyo 2020 just weeks away, the importance of these games for the competing teams cannot be overstated. As both Australia and New Zealand have now confirmed the sixteen player squads that will compete in the men’s and women’s competitions in Japan, they are very much entering the home straight in terms of their preparations for the global sporting showpiece.

With Oceania derby matches taking place in both the men’s and women’s pools in Tokyo 2020, there might be a reluctance to give away too many team secrets in these clashes. Whilst we may not see extravagant penalty corner routines or new tactics on display, it is worth stating that Australia versus New Zealand clashes rarely disappoint and we can expect some highly entertaining hockey from four teams who, quite rightly, will be targeting a place on the podium at the Games of the XXXII Olympiad.

Less than one month ago, New Zealand played host to Australia’s men and women in Palmerston North. Australia’s men were comfortable winners of their four-match series against the Black Sticks, taking 1-3, 0-3, 2-4 and 1-5 victories over the home favourites. It marked a sign of Australia’s continuing dominance over New Zealand, with the Kookaburras having tasted victory in 32 of their past 37 meetings since 2013. Head coach Colin Batch – the former Australia attacker and one time head coach of the Black Sticks men – will be looking for more of the same from his charges in Perth. New Zealand’s men may have recorded just two wins over their great rivals since 2013, but head coach Darren Smith will be acutely aware about how great an impact a win in either of these FIH Hockey Pro League matches could have on his talented team.

The recent head-to-head between the women’s teams of Australia and New Zealand is far, far closer. Australia – now coached by legendary attacker and two-time Olympic gold medallist Katrina Powell - have the edge in terms of matches won since 2013, having claimed 19 victories compared with New Zealand’s 11 with 12 fixtures drawn. The past ten meetings have been even closer, with five draws, three Australian wins and two victories for New Zealand. The Black Sticks – coached by Graham Shaw, the man who guided Ireland women to World Cup silver in 2018 – edged their rivals in the 2019 Oceania Cup to book their ticket to Tokyo, while Australia emerged 3-1 winners in their most recent encounter, which was played on 1 June. The outcomes may be difficult to predict, but fierce contests between these legendary rivals are almost certainly guaranteed.

The matches will be available to watch via television or digital streaming thanks to our broadcast partnerships, as well as on the Watch.Hockey app in every country where a rights holding broadcaster is not showing the matches live. We are pleased to confirm that live audio commentary of all four games will be available on Watch.Hockey, with commentary coming from Nick Irvine and Todd Williams.

More information about this weekend’s matches can be found below.