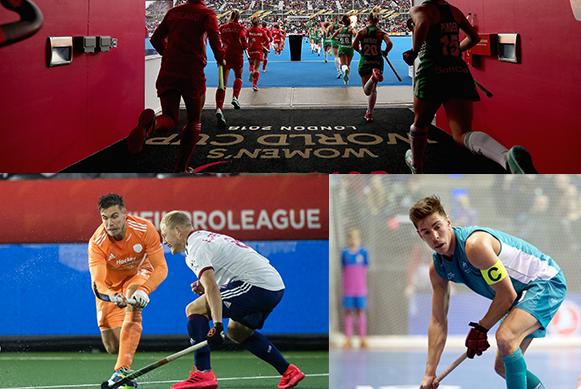 Lausanne, Switzerland: On the occasion of its first meeting of the year held today via online conference, the Executive Board (EB) of the International Hockey Federation (FIH) approved an 8-year global hockey calendar establishing dates and windows for FIH and Continental Federations’ events, as well as multi-sport events where hockey is included. This is a major step and long-awaited document which shall help scheduling competitions in a coordinated manner worldwide, for the benefit of all hockey stakeholders – FIH, Continental Federations, National Associations and also clubs. The dates for the first four years (2021-24) are final, while the next cycle (2025-28) is currently in draft and will be confirmed on an annual basis, at least 4 years in advance to assist all involved in hockey globally to plan their activities.

The EB also confirmed the match schedule for the next FIH Hockey Pro League season (2021-2022). From that season on, matches will be played between October and June of the following year, within specific windows as detailed in the above-mentioned global hockey calendar.

Furthermore, the EB has confirmed that FIH will organise its first ever senior World Hockey5s event on 11 and 12 September 2021, in Lausanne, Switzerland. In 2019, in order to further boost the development of hockey globally through Hockey5s, the EB had decided to create an FIH Hockey5s World Cup - with the inaugural edition planned in 2023 - and, in the near future, a Hockey5s World Tour, which will consist of events similar to the Lausanne’s one. More information about this event will be communicated shortly.

In order to shape the future sustainability strategy of hockey around the world, FIH has decided to create a Sustainability Task Force which will be responsible for setting Key Performance Indicators (KPIs) and measuring performance, including publishing a biennial Sustainability Report to be presented to the FIH Congress as well as to the wider sporting community. It will include representatives from National Associations, athletes, officials, event organisers and suppliers as well as external experts. FIH EB Member and Oceania Hockey Federation President Clare Prideaux has been appointed Chair of this Task Force.