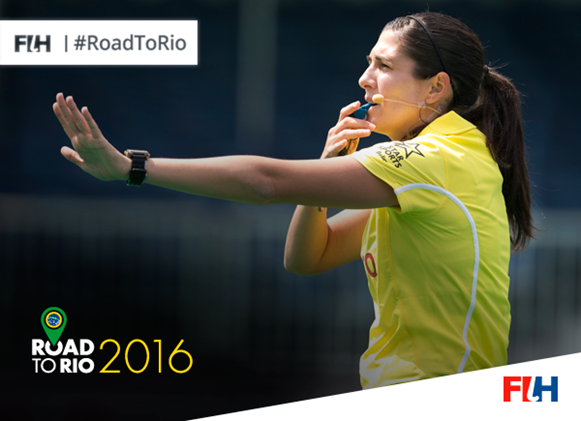 All appointed officials have extensive experience in international hockey, with many having taken part in previous Olympics and others set to make their Games debuts.

For the men's hockey event, South African Umpire John Wright will be taking part in his fifth Olympic Games, while Germany's Christian Blasch will be officiating at his fourth.

For the women's event, Umpires Carolina De La Fuente and Soledad Iparraguirre from Argentina along with Chieko Soma from Japan will be making their fourth Olympic Games appearance.

Meanwhile, Umpires Fanneke Alkemade from the Netherlands, Amber Church from New Zealand, Laurine Delforge from Belgium, Michelle Meister from Germany, Kylie Seymour and Melissa Trivic from Australia and Sarah Wilson from Great Britain will be officiating at their inaugural Olympic Games.

To see the full list of officials appointed for the Rio 2016 Olympic Games, click here for the full FIH Appointments 2016 Outdoor & Indoor.

10 men's and 10 women's teams have already qualified for the Rio 2016 Olympic Games so far. To find out who has qualified so far and how, click here for the men, and here for the women.

The remaining qualification places will be decided at the remaining Continental Championships, including the Oceania Cup and the Africa Cup for Nations taking place later this year.

Keep up to date with all the latest qualification for Rio 2016 via FIH.ch.