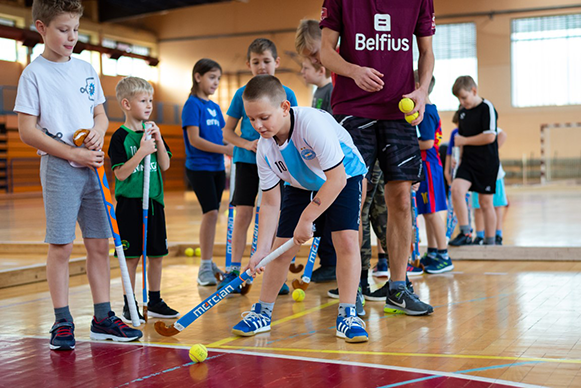 Greece and Slovenia are two nations where hockey is growing in both participation numbers and national profile. Now a generous gesture by one of the giants of European Hockey has given yet another boost to the sport in these two countries.

It was just two years ago that Slovenia women fielded a team for the first time in 12 years at the EuroHockey Championship III while, in Greece, hockey is growing from the grass roots up through school-based programmes.

The FIH Targeted Assistance Programme (TAP) has been instrumental in hockey development in both countries. Driven by the European Hockey Federation, the  national hockey associations of Slovenia and Greece, and supported by the FIH, coach development and youth development programmes have been pushing the sport into the limelight. In 2018, for example, the Greek Hockey Federation benefitted from an EHF organised FIH Academy Level 1 Coaching Course.

Now one of the major players on the European and international hockey scene have also joined in the drive to promote the sport in these two countries. The Belgium Hockey Federation, whose men’s team won the Odisha Men’s Hockey World Cup in 2018, plus the Belfius EuroHockey Championships in 2019  has offered kit and equipment for youngsters on the development programmes.

The kit has become available as a result of a change in sponsor for the national senior and junior sides, and so a massive recycling programme has begun. 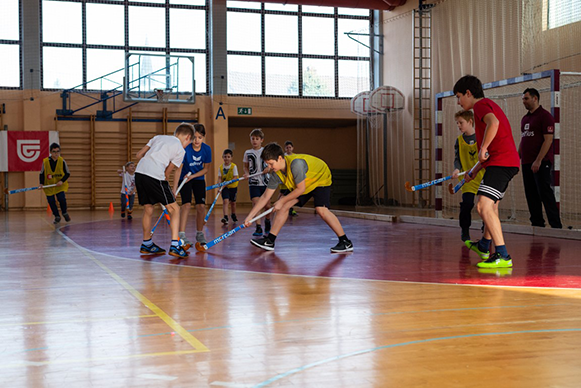 The first donation took place at the conclusion of a junior hockey tournament, run by the Hellenic Hockey Federation. Polo shirts, donated by the Belgium Hockey Federation, were given to all the participants. Needless to say, the kit was received enthusiastically by the young Greek players.

“This was a sound plus [conclusion] to the tournament that was very much appreciated by the young athletes, the parents and the coaches of the academies,” said Jorgos Dramitinos, of the Greek Hockey Federation.

Dramitinos, who is is heading the drive for more coaches and young people to be involved in hockey in Greece, added: “We once more would like to thank Belgian Hockey for the generous donation that will remind forever to the kids, their competitions in hockey, and, of course you, that decided to deliver to Greece.”

A donation to the Slovenian hockey players was made on 1 December during a hockey festival held at Murska Sobota School in Ljubljana.

The festival was organised by a team of FIH Academy Level 1 coaches who recently received their certificates.

General Secretary of Slovenian Hockey Sanja Kropec said: “This is huge – thank you very much once again to all the organisations involved in supporting us.”

The European Hockey Federation has been running a 'Give and Get' campaign for a number of years now and alongside the FIH’s slogan #GiftOfHockey gaining momentum, this is a perfect example of how the hockey community can come together to support the growth of the sport.

Speaking about the initiative and the growth of hockey in Greece and Slovenia, President of the EHF, Marijke Fleuren says: "Gratefulness is the word that comes to me, realising what it means to Greece and Slovenia to receive such a gift. Gratefulness this time to the Belgian Hockey Federation for their generosity to others. Real champions."