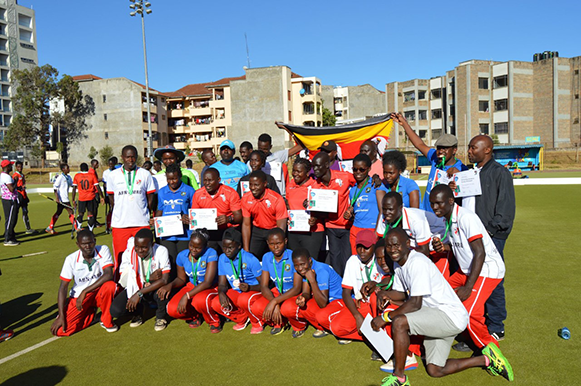 TAP East Africa is the latest in a series of developmental projects to bring hockey to communities across the vast continent. The initiative, which began in January of this year, is an FIH Development programme jointly funded by the FIH, African Hockey Federation and Olympic Solidarity – a movement to assist with sports development, particularly within countries with the greatest needs.

In the case of this Targeted Assistance Programme (TAP), it is the East African nations of Kenya, Uganda, Tanzania, Burundi and Malawi that are the focus of development work. The ultimate aim is to grow hockey in smaller hockey nations and also support the national teams in more developed ones to reach a point where they are able to compete in international events, and take the first steps onto an Olympic qualification pathway.

TAP projects around the world focus on more than purely athlete development. Olympic Solidarity recognises the need to also develop the people surrounding the game – the coaches, umpires, officials and administrators. Certainly, an essential part of hockey development lies in the training of officials – the people who make sure a match or competition can actually take place. To this end, an Umpires and Officials course, plus a Coaching Level 1 course were all scheduled to take place in Kenya, with opportunities for participants from other national associations also to attend.

The training programmes were scheduled to take place alongside the East Africa Hockey 5s tournament at the Kenyan national hockey stadium in Nairobi. Two indoor soccer pitches were commandeered as classrooms, which was perfect as the course, which is partially practical, could run alongside the tournament without either impinging on the other.

The proximity of the tournament itself also meant that Technical Officials’ training could take place during actual match time. 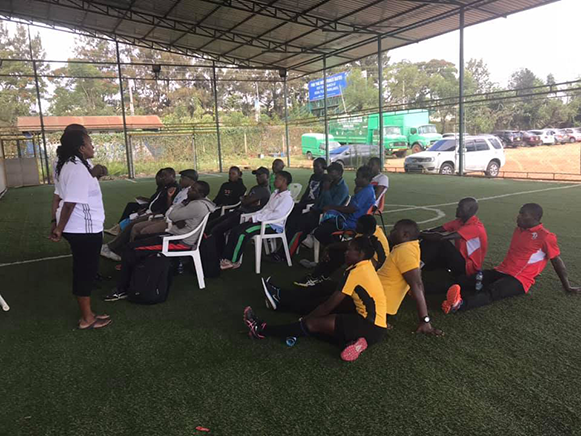 The courses attracted a total of 71 participants, perhaps signifying hockey’s growth in the area. The umpiring course, which was led by Ediga Abgo, catered for 20 people –14 male participants and six females. The umpires came from Kenya, Tanzania and Uganda.

On the Technical Officials course there were 18 people, again all from the same three nations. This was almost an equal gender split, with 10 men and eight women.

The Coaching Level 1 course had 20 participants, three were female and 17 were male. There were also three people on the Hockey Developer course – here there was a female majority of two to one.

Looking to the future, Ross said: “In my opinion, this first activity of TAP East Africa was a success.” She added, however, that African Hockey must start work with the host of the next event now, so that planning can be well in advance of the course. She also suggested the courses could be held over a longer time frame as there was so much information to disseminate.

In the next stage of assistance, a shipment of equipment, which was donated during the Vitality Hockey Women’s World Cup in London, will arrive in Nairobi. The sticks and other kit will be distributed among the participating nations.

TAP East Africa is one of many FIH Targeted Assistance Programmes (TAP). It is part of the Hockey4LIFE Global Development Programme to support Continental Federations and National Associations in the development of long-term sustainable development projects or programmes

The equipment donation and delivery is supported by the TAP West Africa Project. The donation will contribute to HockeyReady, an initiative that aims to source and distribute more than 100,000 hockey sticks to development projects across the world. The HockeyReady initiative is part of Hockey2024, the FIH/THF joint global development strategy.