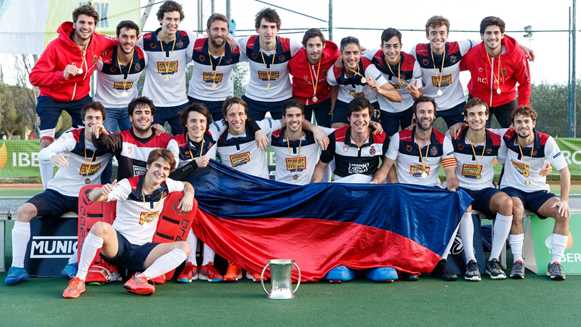 Chance for stars of the game to shine in Spain

The Copa Del Rey and the Copa de la Reina, which will be played from 11 to 13 December, will provide a great opportunity for the best athletes in Spain to come together for a three day intensely competitive hockey event.

The good news for hockey fans worldwide is that the following matches will be available to watch LIVE on the Watch.Hockey App, which can be downloaded for free on Apple and Android devices.

After the disruption of the global pandemic, hockey players the world over are itching to get back into regular competitive hockey. For the top eight men’s and women’s club sides in Spain, the Copa Del Rey and the Copa de la Reina, will provide just that opportunity.

The two competitions are hugely important to Spanish hockey heritage. This year is the 36th playing of the women’s event and the 104th time the men’s event has been held.

This year’s competitions are being held in the coastal city of Valencia. This is the second time that Valencia has hosted the competition; it also hosted the event in 2018. Last year, the Copa Del Rey and the Copa de la Reina took place in Can Salas in Terassa, where Real Club de Polo and Club de Campo were men’s and women’s champions respectively.

Of the participating teams, the two reigning champions have by far the best track record. In the men’s competition, 2019 winners Real Club de Polo has 31 titles, with Club Egara on 17 trophies just ahead of Atlétic Terrassa on 16 and Club de Campo with 13 trophies to their name.

The most successful women’s team is Club de Campo, who have been champions for the past five years and have a total of 17 winner’s trophies. Also appearing on the honours list are CD Terrassa (5), SPV Complutense (4), Real Club de Polo (4) and Real Sociedad San Sebastián (3).

The tournament is a great showcase for the stars of the national teams. Most Valuable Player awards have, over the years, gone to illuminates of the game such as Matías Rey, Xavi Lleonart, Roc Oliva, David Alegre, Maria López, Rocio Gutiérrez, Georgina Oliva, Begoña García and Lola Riera.

The competition will comprise four quarterfinal matches, with the winners heading straight to the semi-finals, before the finals and bronze medal match, which take place on Sunday 13 December.

Talking about the competition, women’s national team player and Club de Campo captain Bea Perez said: “The Copa de la Reina is always a special tournament for us, because of the crowd and because in just one match anything can happen and any team can win.

“This year the celebrations of the Copa may be different because of the worldwide pandemic but I am sure it will be equally exciting and the players can’t wait any longer and we are looking forward to the start of the game and we will enjoy every minute on the pitch.”

And Miguel Delas, captain of FC Barcelona, added: "It will be great because all the best players will be playing on the same pitch over a weekend. It will be inspiring for followers of Spanish hockey. As you know it has not been easy, it has been very challenging, so we will take care and make sure everything goes well. The main thing is to be part of this. After many months, we just want to play hockey and have fun and we hope you will all follow the action over the weekend."