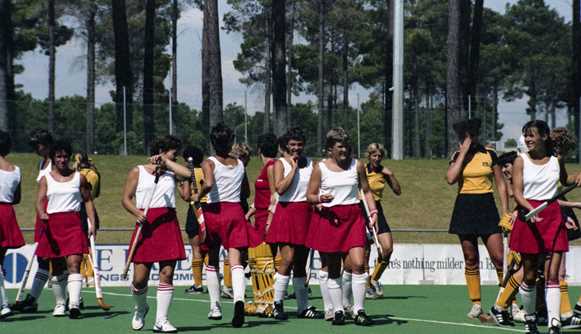 Canada enjoy a month of celebrations

It is a month of celebrations for Field Hockey Canada as the national governing body showcases some of its best known and most highly respected members of the hockey community.

The Hall of Fame Celebration Month is Field Hockey Canada’s answer to the enforced postponement of its annual Induction Ceremony. Covid-19 might have prevented the formal in-person induction that was due to take place in March 2019, but the governing body has swiftly turned disappointment into celebration.

Hall of Fame Celebration month, taking place throughout August, is celebrating those people who would have been inducted into the Hall of Fame in 2019, with a pooled in-person induction ceremony taking place in 2021, if permitted by then.

There will be a short video outlining the work and achievements of each inductee as well as a written article about each person. As well as members of the hockey community from playing, officiating and development roles, the Women’s National Team of 1983 will also be inducted as the team that achieved the highest ranking of any Canadian hockey team to this day – the team reached the final of the 1983 Women’s World Cup in Kuala Lumpur, losing to the Netherlands in the final.

The individual inductees fit into one of three categories: Builder, Athlete or Official and will each have a day of celebration assigned to them throughout August.

More information about Hall of Fame Celebration Month can be found here.

Four characters from the hockey community have been recognised for their role as ‘Builders” or developers. Dot Asuma was the organiser of the 1979 World Championship (IFWHA) in Vancouver, where there were a mammoth 18 teams taking part.

Jenny John arrived in Canada from England 50 years ago for a two-year teaching contract… and stayed. She played for the National Team, then became an administrator and an avid promotor of hockey across Canada during more than 20 years.

Jack Taunton has been the doctor for the Canadian Teams (men and women) for close to 30 years.

Denys Cooper also came from England and has been an international umpire and technical official; he was involved in the organisation of the 1976 Olympic Games in Montreal, then stayed involved to develop umpires in Ontario. He continued to umpire high school matches into his 70s. He also wrote a memoir entitled: “Field Hockey - A Century of Key Rule Changes - 1910 to 2010”.

There are three recipients in the “Athletes” category. Shelley Andrews (nee Winter) will be inducted as part of the 1983 team but will also receive individual recognition. Andrews played in the National Team from 1974 to 1986, competing in two IFWHA World Championships, four World Cups and the 1984 Olympic Games. She captained the team from 1981 to 1986, during the most successful period of the Canadian Team, topped by the silver medal at the 1983 World Cup followed by a bronze medal at the 1986 World Cup. Andrews was named Player of the Game when Canada defeated England for the first time in 1986, at Wembley, in front of 40,000 English school children

Alan Hobkirk represented Canada from 1971 to 1983. His international career included four Pan American Games, where he won one gold, two silver and one bronze medal. He also competed in the1976 Olympic Games in Montreal and the 1978 World Cup. At the 1978 World Cup, Hobkirk scored two goals in Canada’s unexpected defeat of reigning World Champions India.

Hobkirk’s team mate, Reg Plummer, is also a 2019 inductee. Plummer played for Canada from 1974 to 1984 and his tournament tally includes three Pan American Games, the 1976 Montreal Olympic Games and the 1984 Los Angeles Olympic Games. He also competed in the 1978 World Cup.

Plummer served as President of Field Hockey Canada and remains a coach at his local club to this day.

The final inductee is Alan Waterman, the only official in this year’s line-up. Waterman was an international umpire, officiating at the 1992 Olympic Games in Barcelona, the 1994 World Cup and a number of Champions Trophies.

As the month long celebration continues, Jenny John sums up what it means for the hockey community to recognise its stalwart members in this way: “I’ve won a few awards along the way but this one, I’ve got goosebumps now thinking about it. It is absolutely wonderful because it’s a gift. It’s a gift to me from Canada.”