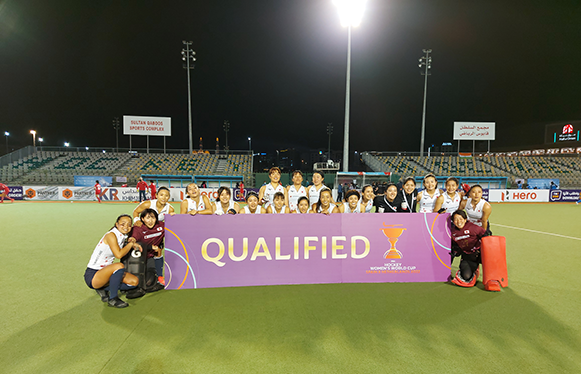 As the 2022 Asia Women’s Cup reaches the half-way stage in Muscat, Oman, four teams have secured their places at the FIH Hockey Women’s World Cup Spain and Netherlands 2022.

By finishing in the top two positions in their respective pools, Japan (FIH World Ranking: 13), India (WR:9), China (WR:12) and Korea (WR:10) will now meet in the semi-finals of the competition and have also secured the four automatic qualification spots available from this continental qualifier. 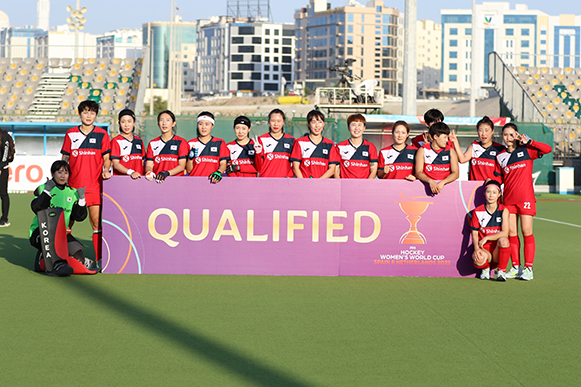 It is currently Japan and Korea who are flying high. Both teams are undefeated so far, with Japan putting in the most striking performance when they defeated reigning champions India 2-0 in a pool A match. Korea’s 4-0 demolition of China was also an impressive performance, which left Korea top of Pool B.

Japan's captain Yuri Nagai was happy after the qualification and added: 'We are a young team, but we want to gain experience and do our best to win. It was the first tournament for the new team. I would like to continue practicing so that each person can perform a little better. I've got a World Cup ticket at this point, but the tournament is still going on, so we aim to win the Asian Cup.'

After the qualification, Korean team captain Cheon Eunbi said: ‘Our players did a great job and that brought us victory. It’s an honour to participate in World Cup as a hockey player and it is a great opportunity for the team. All players’ passes were ideal. I’ll celebrate with my team and will do our best in the upcoming games.’ 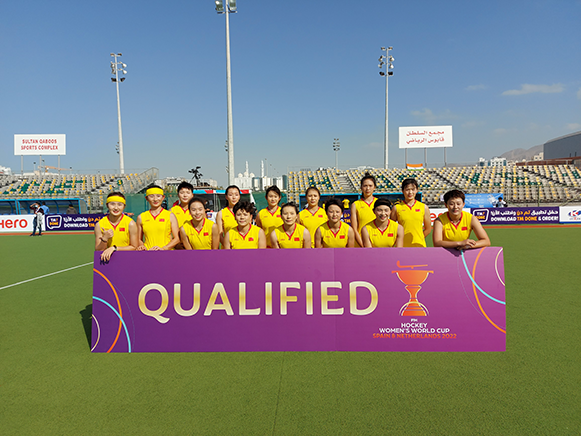 At this stage of the competition, Korea’s Cheon Eunbi is topping the goal scorers’ table with five goals; Japan’s Shihori Oikawa is currently one goal behind.

The semi-finals will take place on Wednesday 26 January, with Korea facing India and Japan taking on China. Earlier on the same day in the fifth to eighth place matches, Malaysia will face Indonesia and Thailand will play Singapore.

China's captain Wanli Tang said: 'We have completed 3 matches. I think we did pretty well in general but there are still many parts to be improved in the following matches. So happy that we are qualified for the World Cup, wish we can achieve a better result in the World Cup.' 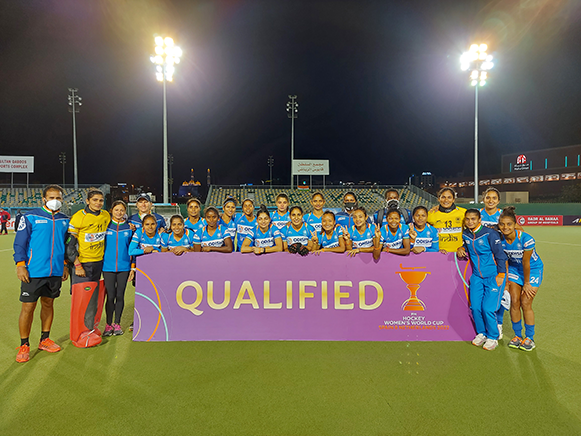 India’s captain Savita was in an ebullient mood after her team’s victory over Singapore: ’Our first match wasn’t very good and I think the second match, against Japan, we played better.

‘Today it was an okay performance. We know we can do better but we have qualified [for the World Cup] so now we have to focus on the semi-finals.

‘Qualifying in tournaments for events is always good. We did that for the 2016 Olympic Games and the Tokyo 2020 Olympic Games This is my fourth Asia Cup and my first as captain. It is always a great honour for me and my team to play for our country, whether it is the Asia Cup, the Commonwealth Games or the World Cup.

‘I was more happy for our coach., We really worked hard and our coach Janneke [Schopman] really inspires us.’

At this stage of the competition, Korea’s Cheon Eunbi is topping the goal scorers’ table with five goals; Japan’s Shihori Oikawa is currently one goal behind.
The semi-finals will take place on Wednesday 26 January, with Korea facing India and Japan taking on China. Earlier on the same day in the fifth to eighth place matches, Malaysia will face Indonesia and Thailand will play Singapore.

(All times are India Standard Time)