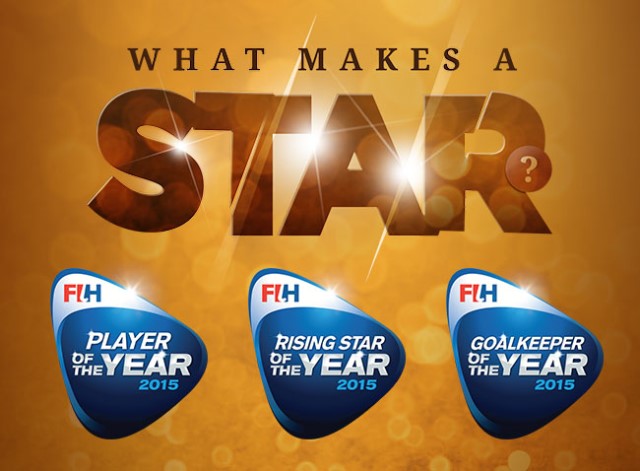 Online voting for Hockey Stars 2015 will open on December 13, 2015 (10pm GMT) during the last game of the women’s Hockey World League Finals taking place in Rosario, Argentina. Support the campaign!

All continental federations and national associations are encouraged to promote the online voting through their networks, giving hockey communities around the world the chance to place a vote!

As we strive towards our ambition of making hockey a global game that inspires the next generation, it is really important that we build superstars that this generation can aspire to. This is why we need everyone to promote this campaign. The nominees are hockey’s Ronaldos and Maria Sharapovas so let’s give them the platform and visibility they deserve.

Five women and five men for each award category have been nominated and the winners will be decided by online vote at www.fih.ch/HockeyStars and through a peer vote done by international hockey players worldwide.

Nominees will be announced when the voting opens. Twelve countries will have players up for vote and it is expected to be a close race. The variety of countries shows that the level of competition across hockey nations is increasing.

Voters across the world will be encouraged to share their thoughts on ‘What Makes a Star?’ via FIH social media channels. Hashtag: #HockeyStars2015 to share tweets, videos or photos showing what it takes to be an international hockey star.

Stay tuned for the announcement on December 13.

Visit www.fih.ch/HockeyStars now to find out more about the Hockey Star Awards.