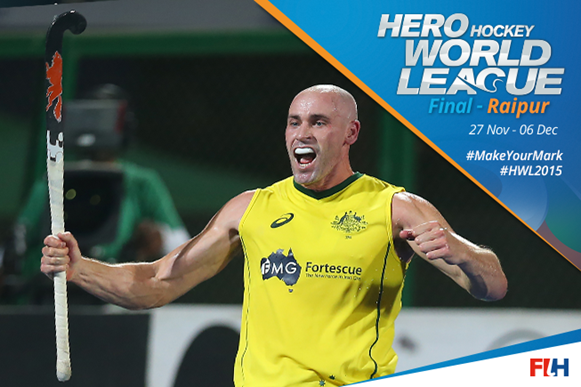 Our goal at FIH is to make the Hockey World League the most followed hockey league ever and central to making this happen is a joined-up global marketing approach to promoting and communicating the league.

To achieve our goal, ahead of the 2015 Finals in Raipur and Rosario, participating team kits were distributed to the National Associations (NA’s) and Continental Federations (CF’s) who had teams going to the Finals. The aim of these kits is to support NA’s and CF’s in bringing a consistent and powerful marketing campaign to life at the local level with the added challenge of who could best promote the Finals.

The kits included branded assets for use on NA and CF’s website and social media channels, including editable web banners, email signatures, skins for Facebook, Twitter and YouTube. And a detailed explanation of the FIH’s international marketing campaign and the content being created for the NA’s and CF’s to share across their channels. These included event promo videos, meet the team videos, infographics and written features.

Hockey Australia rose to the challenge and took the NA prize, awarded in recognition of their use of the branded assets provided across their channels including links to the official websites on their home page and click through banners in newsletters. Additionally impressing through their detailed communications in which as well as promoting the Australian teams, drove hockey fans to the official event websites and links to the broadcast information thus enabling fans to follow all of both events.

In the CF category, the Pan American Hockey Federation was straight out the blocks with activating their branded assets across their channels and sharing the content provided to them.

Two prize winners, but FIH was delighted at the uptake and use of the kits by all the NA’s and CF’s. Propelling us into the Finals, with your participation, together, we were delivering a strong brand, engaging with our digital communities, creating global PR for hockey and executing joined-up campaigns. A massive thank you to all.