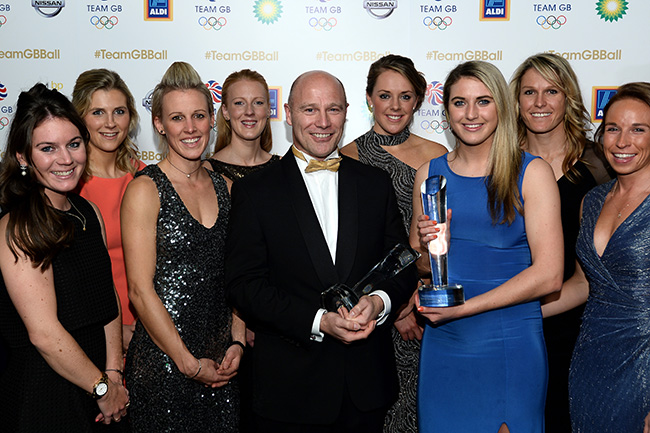 One of the easiest ways to inspire the next generation is to capitalise on success. That's exactly what Great Britain and England Hockey have been doing over the last few months since their women won the Olympic gold medal in August.

Whilst all of the other Rio 2016 hockey medal winners have been undertaking extensive promotional activity, Team GB women have excelled during their rise to fame.

On 18 December, the team narrowly missed out on the BBC Sports Personality's prestigous Team of the Year award. Whilst hockey's Olympic gold medal winning women's team have won seven awards since their summer triumph, losing out to Leicester City Football Club was not a disappointment, but yet another milestone highlighting their rise to fame since Rio. 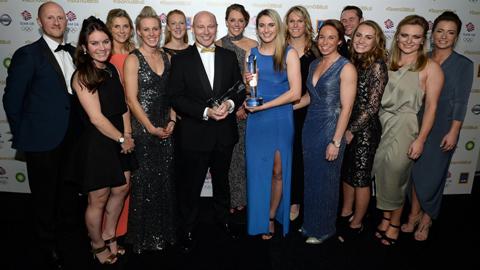 The most recent award won by the team was the prestigious Sports Journalists’ Association’s (SJA) Team of the Year, which was received by three members of the squad - Alex Danson, Nicole White and Shona MacCallin.

The team beat a number of high calibre contenders to the award, including the women’s rowing coxless pair; England Rugby and Wales football teams'. They became only the second hockey team to win – the men’s Olympic gold medallists of 1988 were the first hockey recipients.

Receiving the Pat Besford Award for Outstanding Performance earlier in the day, GB cyclist Joanna Rowsell-Shand joked: "An award at last, hockey has been wiping the floor with us.”

Danson thanked the assembled media for the coverage they have received since the Olympics and Shona MacCallin added: “We weren’t aware that 10 million people were watching or that the 10 o’clock news had been moved. We would certainly have been far more nervous if we had known, that just shows the power of sport. Now I am looking forward to getting back into training and we have our eye on another gold medal at the European Championships (next August).” 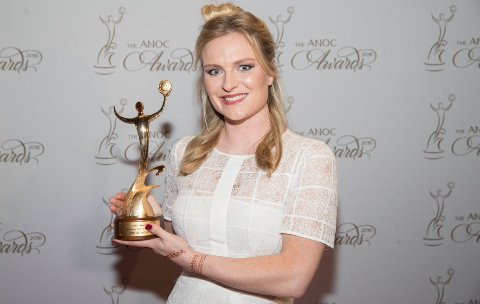 Hollie Webb with the ANOC Women's Team of the Year Award Photo: ANOC

Legendary former Mail on Sunday sports columnist and SJA President Patrick Collins, said: “Confident, articulate and wondrously accomplished, the GB hockey women made a dramatic impact upon the sporting year. A sport which has often struggled to secure the attention it deserves was transformed by the efforts of Kate Richardson-Walsh and her team. Their success demonstrated the enormous appeal of women’s sport. And that appeal deserves to be reflected in the media coverage it receives.” 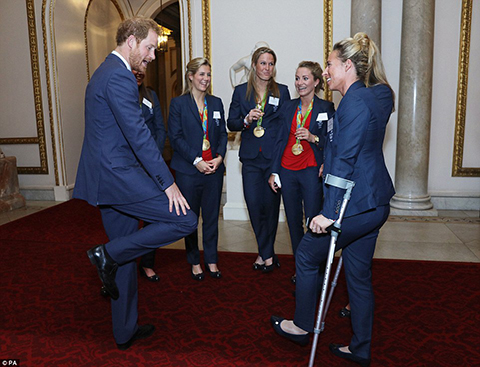 The women's hockey team also met up with some British royalty after their Rio success Photo: PA

Certainly there has been no shortage of media coverage since that golden night in Rio. Sally Munday, Chief Executive of England Hockey, revealed that the team had performed an average of 78 public appearances per person since August. These include school visits, club open days, talks to businesses and heaps of other public engagements.

The captain, Kate Richardson-Walsh, has been a key figure in the media rush surrounding the team. Nominated for BBC’s Sports Personality of the Year – the first hockey player ever to be nominated – Kate finished sixth in the public vote, ahead of 10 other well-known sporting stars. 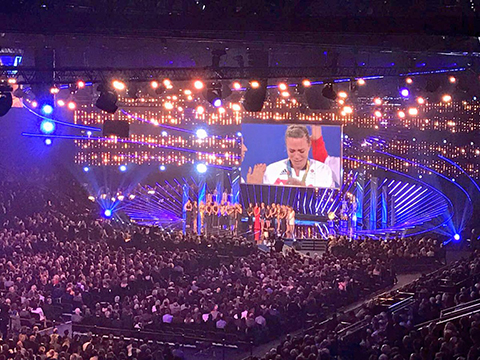 In a definite step out of their comfort zone, she and wife Helen will be appearing on the Christmas Special of The Choir, singing with Gareth Malone and the London Youth Choir.

Among other high profile television appearances has been Sam Quek’s adventures in the Australian jungle in 'I’m A Celebrity Get Me Out of Here' – where she finished fourth, ahead of many household names. 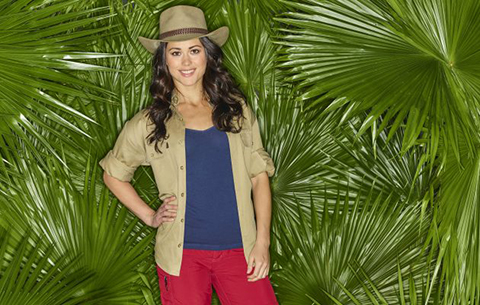 Sam Quek appeared on an ITV Reality TV Show based in an Australian jungle Photo: ITV

Alex Danson’s self-confessed “ineptitude in the kitchen” was revealed when she and Maddie Hinch joined Tim Lovejoy on Sunday Brunch.

Maddie again starred alongside Kate Richardson-Walsh and Hollie Webb on the Jonathan Ross Show, and all the squad were received at Buckingham Palace, where Prince Harry was caught on camera joking with Susannah Townsend as she hobbled around on crutches following an injury. 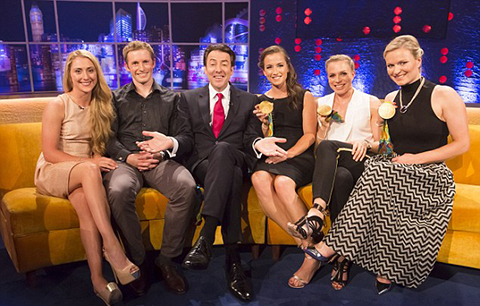 Away from the glare of the television screen, Hannah MacLeod and Crista Cullen received honorary degrees from Nottingham Trent University and every player has appeared in newspaper and magazine articles.

The first few weeks following their win, England Hockey was bombarded with media enquiries, so much so that they contracted in extra help with their press relations.

Now things are calming down and the players will be returning to their regular routines – although for those 16 players, you get the feeling life will never be quite the same again.

Each and every one of these athletes, with the help of England Hockey and Team GB, have showcased the potential that hockey has. The media coverage they have received aligns with the FIH's 10-year Hockey Revolution strategy which aims to make hockey a global game that inspires the next generation. Certainly, GB women have already made a significant impact in inspiring the next generation. Long may it continue.

Many of the Rio 2016 gold medal winning team will represent England as they go head to head against Olympic finalists and reigning world champions Netherlands in a one-off test in June 2017, a few days before the men's Hockey World League Semi-Finals begin at Lee Valley Hockey and Tennis Centre in London. For more information about that match, click here.

To find out more about hockey in Great Britain, click here.