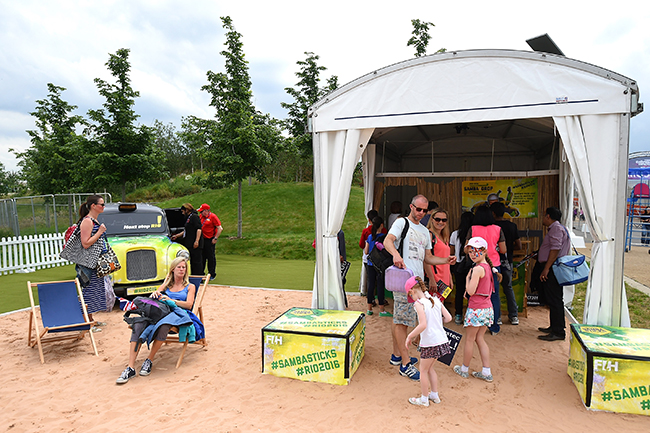 The countdown to the Olympics is well underway. Samba Sticks - FIH's global campaign for the Rio Olympics 2016 - is inviting everyone to get involved and celebrate hockey at Rio.

Over the past couple of months participating teams, athletes and fans have been getting right into the #SambaSticks spirit through a series of activities designed to boost hockey's profile both before and during the Games.

The majority of this campaign has been conducted online, with activities including:

To help participating teams, they were given kits detailing how they can get involved in the campaign in addition to numerous digital assets to help them promote the Olympic hockey events on their channels.

National Associations and Continental Federations have also been asked to increase networking activities, such as reaching out to and inviting key stakeholders along to the hockey events in Rio as well as building strong relationships with key media from their countries.

In addition to this, a huge amount of activity was undertaken at the recent hockey Champions Trophies in London. There, numerous Samba Sticks fan activities were placed around the venue, allowing visitors to embrace the samba spirit through some fun photo opportunities at our on-site Cococabana beach, with some cool prizes on offer as part of a Passport competition which drove fans to visit various attractions around the venue. Giant crowd flags and engagement with athletes also enhanced the campaign throughout this event, the last major international hockey competition before the Olympic Games in Rio.

The countdown to one of the greatest athletic and cultural events in the world is nearly over.

Download the official Rio 2016 smartphone app; use the hashtags #Hockey, #SambaSticks and #Rio2016, and always tag FIH, the Olympics and Rio 2016 in any posts online to ensure that you keep up to date with all of hockey's activities and action in the run up to and during the Rio 2016 Olympic Games. And make sure you visit the Rio 2016 website to find out more about the hockey events at Deodoro: http://www.rio2016.com/en/hockey