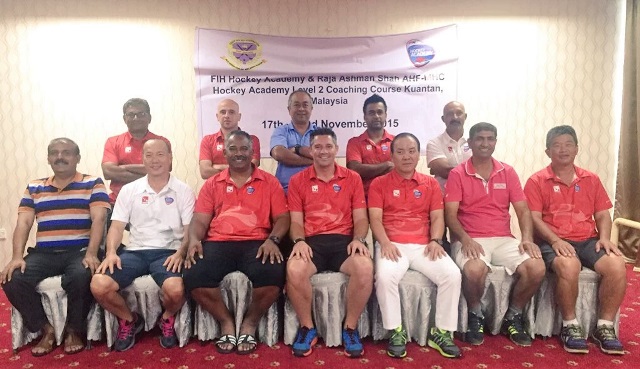 With the purpose of creating an educated hockey workforce worldwide, the FIH Hockey Academy provides easily accessible education opportunities to the worldwide hockey community in the areas of playing, coaching, officiating and management. This is done in partnership with FIH Continental Federations and National Associations.

The programmes were deemed a success by all involved and had the following positive outcomes:

Each of the programmes combined theoretical and practical sessions. The practical sessions took place at the Wisma Belia Hockey Stadium, alongside the Junior Asia Cup. A prime environment for participants to put their learnings in practice while watching the next generation of elite hockey players compete.

The outcomes of these programmes were significant for hockey in Asia as well as for the FIH. The cooperation between the Raja Ashman Asian Hockey Federation-Malaysian Hockey Confederation Academy contributed to the success.

For more information on the FIH Hockey Academy visit www.fih.ch/HockeyAcademy.