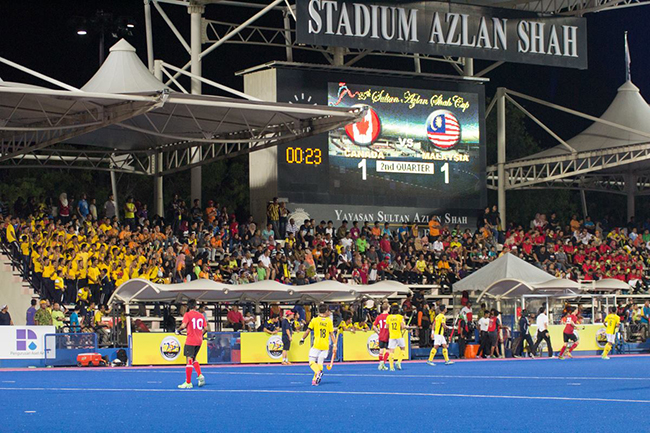 Malaysia showed once again that they can host big, bold, packed and loud hockey events as they staged the 25th Sultan Azlan Shah Cup in Ipoh back in April.

The Silver Jubilee edition of this men’s invitational competition was another action-packed, exciting event, with all seven of the competing teams placed inside the top 20 of the International Hockey Federation (FIH) Hero World Rankings.

Australia and India played out a hugely entertaining final in front of 8,000 fans. The night belonged to Australia's Kookaburras however who won the title for the ninth time since the tournament was founded.

In this year's edition, for the first match between Malaysia and New Zealand, TV ratings went up to 800,000 viewers in Malaysia alone. To top that, the match between India and Pakistan gained more than 100 million viewers globally. Such figures are previously unheard of for the competition, therefore considerable credit must be give to host broadcaster Astro and the local organising committee for excellent promotional activities for what is regarded as the single most recognisable invitational hockey tournament in the world.

The Sultan Azlan Shah Cup has been an annual feature in the FIH calendar since 1998, although it initially started life in 1983 as a biennial event. The event is named after legendary hockey fan and former FIH Executive Board Member HRH Sultan Azlan Shah, the ninth Yang di-Pertuan Agong (King) of Malaysia, who sadly passed away in 2014. Although the man known as “the father of Malaysian Hockey” is no longer with us, both his name and legacy lives on in this ever entertaining competition.

This year's event, which spanned eight match days, drew crowds of approximately 10,000 people per day, and, in addition to the world-class hockey on display, fans were treated to regular displays of fireworks, dancers and other entertainment in and around the stadium.

This event is certainly an example for other potential hosts looking to set up invitational events in the future.

For more information on this event, visit the official event webpage here.

To find out more about the Malaysian Hockey Confederation, click here.