When you watch hockey, you will likely be impressed by three elements: the incredible speed, the staggering level of skills involved and the passion from players and fans alike.

Hockey can be watched everywhere, from the comfort of your home to your mobile phone or even at a stadium near you. Hockey is probably much closer than you think!

If you choose to start playing, you’ll quickly learn that hockey is easy to access - there is certainly a club nearby and people like you are already part of it.

If you are already a hockey player, ask your friends and family members to get involved! Or invite them to come along and watch the action!

Whether you decide to watch or play, whether you are new to the sport or not, an incredible hockey experience is certainly waiting for you.

No matter who you are, no matter where you are, we invite you to discover or re-discover the world of hockey. 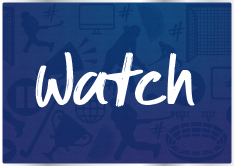 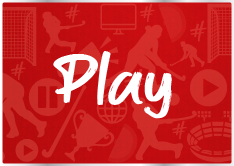 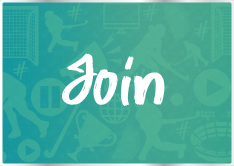 Did you know that Hockey …

… is a truly universal sport
The number of hockey players all over the world is estimated to be around 30 million.

There are 137 National Associations of hockey, spread over all five continents....

Historically popular in most Commonwealth nations, hockey is firmly established in countries such as Australia (regularly at the top of the FIH World Rankings for Men), India – where it is considered as THE national game – , Great Britain, New Zealand, Pakistan, Malaysia and South Africa. Nowadays, Hockey is a truly global sport in which the top 20 ranked teams, both men and women, feature representatives from all five continents. The sport is highly established in European countries such as the Netherlands, Belgium and Germany, while in South America vast numbers both play and follow the game in Argentina. Hockey is also played in many US colleges, while China is part of the FIH Hockey Pro League with their women’s national team.

… is a popular sport
Hockey has a solid fanbase in many countries in the world, including in the second most-populated country, India....

India’s love affair with the sport was again showcased at the 2018 FIH Men’s World Cup held in Bhubaneswar, with a 15,000-seat stadium enjoying huge crowds every matchday. With over 120,000 people attending, the 2018 FIH Women’s World Cup in England was the biggest stand-alone female sporting event that the UK had ever seen.

2019 saw the birth of the FIH Hockey Pro League, the annual global home-and-away League involving the world’s finest men’s and women’s international teams. In this first season, more than 246,000 people created an exhilarating atmosphere in the stadiums.

Hockey also generates a lot of interaction on social media, producing impressive figures in terms of fan engagement. By November 2019, the Facebook, Instagram and Twitter accounts of the International Hockey Federation (FIH) reached the following figures: nearly 300 million impressions and about 13 million engagements. Significantly, FIH had the highest engagement rate on Facebook across all Olympic sports in 2019*, while the 2018 FIH Men’s World Cup official hashtag generated a potential reach of 19.4 billion impressions**.

Thanks to media rights agreements signed by the FIH with over thirty broadcast partners worldwide, the TV coverage for the 2018 FIH Men’s World Cup reached no less than 194 countries. When compared to the previous edition of the men’s flagship event in 2014, this represents an increase of almost 150 percent! Furthermore, the number of broadcasters was double the amount of 2014. For our first FIH Hockey Pro League, we had more than 25million views on TV.

… is taking steps to grow
FIH has set itself two major goals: increase the participation in the game and increase its fanbase with the view to inspire future generations....

To reach the first objective, FIH has launched a global development strategy for hockey – “Hockey 2024” – which puts the worldwide promotion and development of the sport at the heart of all FIH activities. The strategy was designed to create long-term sustainable growth through the key pillars of Participation, Education and Infrastructure.

As part of the drive to increase its fanbase, in 2019 FIH created the first ever global home-and-away league for international hockey teams: the FIH Hockey Pro League. Over a six-month period between January and June, nine men’s and nine women’s international teams play a total of 144 home and away games. The best teams in the world are involved, much to the delight of fans who can enjoy hockey at its best.

With the FIH Hockey Pro League, FIH has introduced the concepts of “home games” and “regular frequency of games”, a dramatic change from the previous format of teams gathering in one country for a tournament over a relatively short period of time. By doing so, FIH has created a greater connection between existing fans and their teams, increasing the exposure of the sport and attracting new fans in the process.

In 2019, as part of the Hockey 2024 global development strategy, a formal pathway and framework for Hockey5s will be launched with the objective of taking hockey to the heart of cities and communities around the world. Social development and sustainable event objectives will be at the heart of the FIH’s 5s strategy, with the very first FIH Hockey5s World Cup all set to be played in 2023.

… is a particularly spectacular sport
The first time you watch hockey, you will likely be impressed by two elements: the incredible speed and the staggering level of skill involved. Hockey is an intense, physically demanding game renowned for the energetic performances from its participants....

With such speed and intensity on show, it comes as little surprise that rolling substitutions take place throughout each game. The skills on show, especially from the top players in the world, are simply a delight to watch. Athletes run at full speed before making explosive changes in direction, producing jaw dropping levels of skill and scoring breath-taking goals all while controlling the ball with only one side of the stick. these are just a few of the many factors that that make this sport uniquely exciting for everyone who watches it.

… is a gender balanced sport
Gender equality is of paramount importance for the hockey community....

… is also ParaHockey (Hockey ID)
Hockey ID is the adapted format of hockey for players with an intellectual disability.

Hockey ID will provide the opportunity for the 200 million people worldwide with a learning disability to share the love for hockey.

FIH’s vision is to offer any athlete with an Intellectual Disability the chance to play our sport, have fun and improve their health and wellbeing. Hockey is an inclusive sport.

Hockey ID has been designed to allow nations, clubs and other groups to develop the sport and play either friendly festivals or competitive tournaments locally or internationally.

… is praised for its values
Respect. Fair-play. Integrity. Community-building. Inclusion. These values truly are the cornerstones of the sport. If you watch a hockey game, you will quickly realise how players and teams have a fair-play behaviour....

Also, while the number of athletes tested positive remains very low in hockey (an average of 0.2% of the doping controls have resulted in a positive test in the last couple of years), FIH has made doping education and prevention as well as the protection of clean athletes the highest priority.

Furthermore, hockey is a team sport, where education is a key pillar.

… has a long history
The roots of Hockey – which gets its name from the French word 'hocquet', meaning shepherd's crook in reference to the shape of the players' stick – are buried deep in antiquity. Historical evidence suggests that a crude form of the sport was played 4,000 years ago in Egypt, with ancient variations being played in Ethiopia (1,000BC) and Iran (2,000BC)....

Various museums offer evidence that a form of the game was played by the Romans and Greeks as well as by the Aztecs several centuries before Columbus arrived in the New World.

The modern game of hockey emerged in England in the mid-19th century and is largely attributed to the growth of public schools, such as Eton.

The first Hockey Association was formed in the UK in 1876 and drew up the first formal set of rules.

… is an Olympic sport
The inaugural Olympic Hockey competition for men was held in London in 1908. Hockey was dropped from the 1912 Stockholm Games but reappeared in 1920 in Antwerp before being omitted again in Paris in 1924....

Hockey re-entered in Amsterdam in 1928 and has been on the Olympic programme ever since, with women's hockey included for the first time in Moscow in 1980.

Hockey is also part of the Youth Olympic Games and in 2018 in Buenos Aires, hockey was the most visited sport with more than 150,000 spectators!

… is an innovative sport
While being a “mature” sport, hockey is always looking for potential innovations to make the game ever more attractive....

An example of innovation in hockey is video umpiring. FIH is widely recognized as being a pioneer and a leader in sports in the use of video assistance for umpiring.

The rules are evolving to make the game better. For example, getting rid of the offside rule in the 1990s led to a 30% increase of goals scored.

Also, besides the traditional forms of playing hockey with 11 players outdoors or 6 players indoor, “Hockey 5s” is a rapidly growing small-format version of the game. FIH will launch an FIH Hockey5s World Cup in 2023. We also plan to stage Hockey5s exhibition events in cities, with the objective to “bring hockey to people”. This will help to get more people discovering the sport.

… is an easily accessible sport to play
The kit needed to play the game is quite basic and affordable....

There are well-organised clubs in most countries of the world, ready to welcome new players of any age or gender who wish to play the game. Clubs play a major role in the organisation structure of hockey worldwide.

While elite tournaments are played on the latest generation of artificial turf, hockey can be played on any surface from hard courts indoors to grass and even dirt.

Also, the rules are far simpler than they may look at the first glance!

… is a safe sport
Hockey is a sport which can be practiced with a relatively high level of physical safety. Hockey is not a contact sport. Additionally, as mentioned above, it is a sport where respect is a true principle. The rate of serious injuries remains fairly low.

… generates highly positive emotions
Hockey is a sport where you can see a lot of families in the stands. Crowds watching hockey are known to be passionate but very fair. The fair-play on the pitch surely reflects on the attitude in the stands and vice-versa.

The whole climate around a hockey match is one of love for the sport, intention to share a passion with others and cheer with respect.