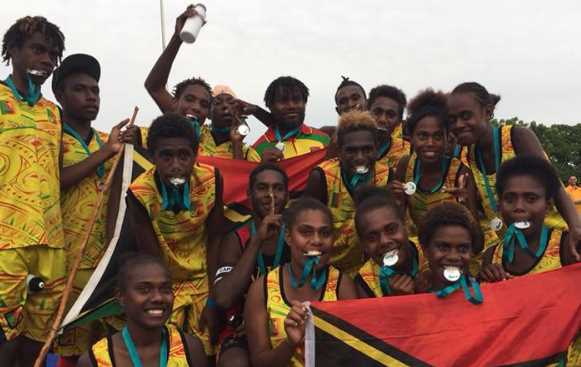 Nasse Maltungtung has achieved something special with the Pacific country’s group of young hockey players. A member of the senior squad himself, the coach has overseen the formation of both the boys’ and girls’ teams – and, within a year, got them good enough to qualify for the Youth Olympic Games Buenos Aires 2018.

It was not a trip without harsh realities, however. The Vanuatuan girls defeated PNG 5-2 and the Solomon Islands 3-2, but succumbed 30-0 to Australia, one of the best hockey nations in the world. The boys ran out 5-1 winners against both PNG and the Solomons, too – before getting a 20-0 beating from the Aussies. 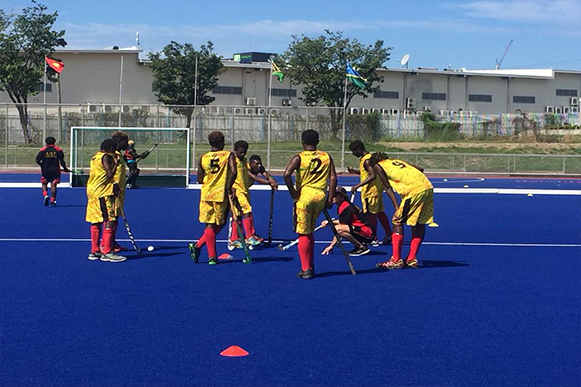 “We are very excited to go over there and be part of this. And it is benefiting hockey and organised sport in Vanuatu, too", said girls’captain and goalkeeper, Melody Naline.

“The Australians were so good,” says girls’ captain and goalkeeper, Melody Naline. “Our girls found it very difficult to block the goals. They had tough skills, moving the ball around very well”.

Coping with putting such results in perspective is one of the challenges of the YOG, as the boys’ football team discovered at Nanjing 2014, where they lost 9-0 to the Republic of Korea, 7-1 to Cape Verde and 5-0 to Honduras.

“The thing to do is to stay positive when that happens,” says Naline. “We tried to stay up against Australia, because we know we can’t beat them. We will do that in Argentina, too. We know that we are going to come up against very good players but we are there to learn and enjoy the experience. A big place, a different place with lots of things we’ve not seen before”. 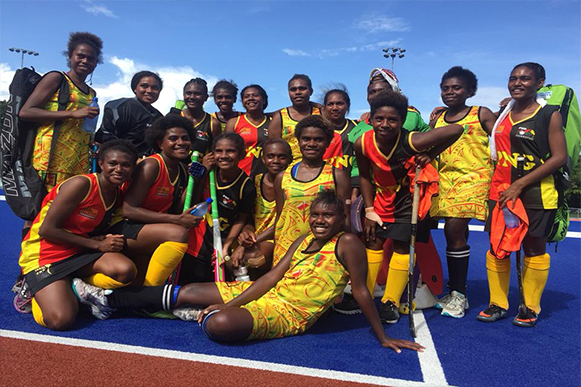 It will surely be a life-changing experience for his charges, says Maltungtung. “Most of them have never been outside the Pacific islands before. So they will learn a lot. They are from the countryside, and Buenos Aires is this huge city. It will be an eye-opener but I think they will have a lot of fun, develop their abilities and learn about the world”.

The whole nation is behind them, too. “We got such a good reception when we got the silver medal in PNG and came back as qualifiers for the YOG,” says Naline.

“We are very excited to go over there and be part of this. And it is benefiting hockey and organised sport in Vanuatu, too. Lots more young people want to try the game out after seeing what we have done. It can allow us to travel to different countries and that’s a great opportunity”.