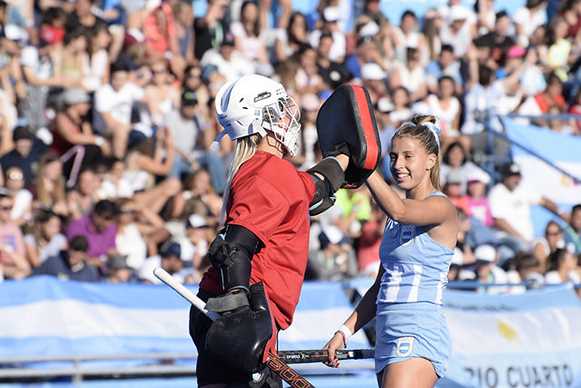 To the delight of thousands of home fans, Argentina women lit up the opening day of the Buenos Aires 2018 Youth Olympic Games (YOG) by earning the biggest win, 21-0, against Pacific Island opponents Vanuatu.

Inspired by a coin toss by hockey legend Luciana Aymar, a Youth Olympic Games Ambassador, four goals each for Brisa Bruggesser and Maria Cerundolo, three hat-tricks for Josefina Rubenacker, Celina di Santo, and Gianella Palet, plus doubles from captain Victoria Miranda and Sofia Ramallo ensured all players in the squad, except the goalkeepers, scored in this Pool A victory. 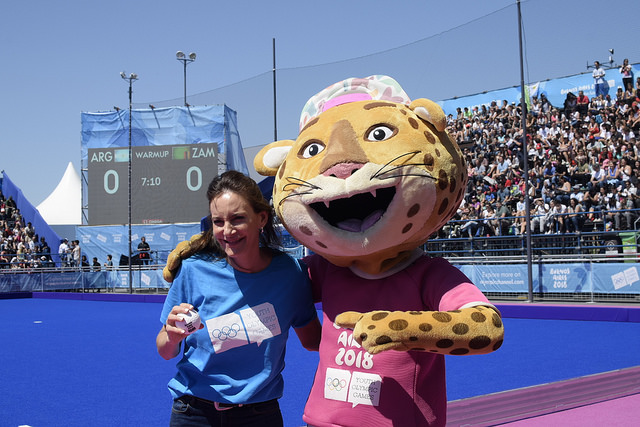 Despite that big scoreline, the other two matches in Pool A were a lot closer, with South Africa and Uruguay playing out an exciting match, with the African nation edging their South American opponents 4-3. India also got off to a winning start as they defeated Austria 4-2.

Australia and China meanwhile earned big wins as they opened women's Pool B. Australia defeated Zimbabwe 10-0 while 2014 Youth Olympic Games champions China defeated Namibia 8-0. Despite Hockey5s usually being high scoring encounters, Poland and Mexico could not find any advantage as they played out a tense 1-1 draw.

In men's Pool A, Malaysia also racked up a big opening win, 14-0, also against Vanuatu, with Akhimullah Anuar scoring half of his teams goals. Elsewhere in the Pool, Poland and Mexico thrilled the thousands of spectators during a 6-3 win for Poland, with brothers Tomasz and Eryk Bembenek getting on the scoresheet. With the backing of home support, Argentina men also secured an opening win, and whilst Zambia will be pleased to have scored two goals against one of the medal contentenders, Argentina will be pleased to have scored six in their opening encounter. 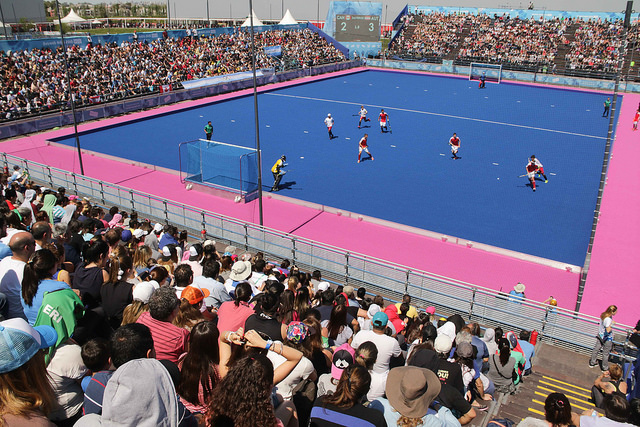 Pool B of the men's event saw Australia an India men win big. Oceania giants Australia opened with a 7-0 win against Kenya whilst India defeated Asian rivals Bangladesh 10-0, which included two goals each for Sudeep Chirmako, Rabichandra Moirangthem and captain Vivek Sagar Prasad. However it was the Canada versus Austria match that proved the most exciting, with Austria's Yannick MAtousek grabbing the winning goal in the 12th minute as the European nation edged their North American rivals.

To find out who is playing on day two click here.