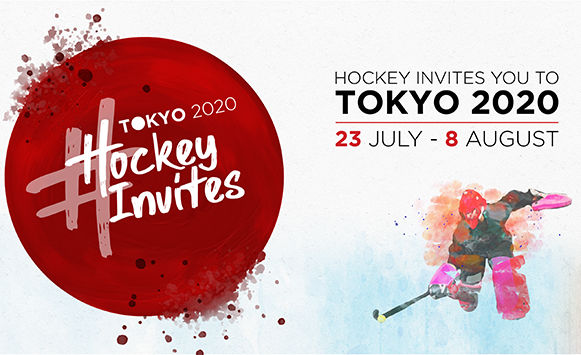 With exactly one week to go until the start of the Hockey competition at the Olympic Games Tokyo 2020, we provide an overview of the format as well as some general rules and regulations that will be in place at the showpiece event in Japan.

The Hockey competition takes place at the purpose-built Oi Hockey Stadium, a state-of-the-art complex constructed at the Oi Pier Ocean Park in 2019. As part of the legacy of the Olympic Games Tokyo 2020, the venue will become the central hub for Japanese hockey and also a multi-purpose sports facility.

Competition format
The hockey competition at the Olympic Games Tokyo 2020 comprises women's and men's events, with the same format and rules for both. In the preliminary round 12 teams are divided into two pools of six. Each team plays every other team in its pool.

The two pools were determined by the FIH protocol on pool composition based on the FIH World Ranking as of 4 November 2019 as follows:

Players
At the Tokyo Olympic Games, a matchday squad is made up of a maximum of 16 players, composed of 11 players on the field and up to five substitutes. The matchday squad is selected for each match from the larger squad of 18 athletes (who have accreditation known as Aa and Ap), with changes from match to match freely able to be made.

Unlike in previous Olympic Games when alternate athletes could only become competing athletes as permanent changes due to an injury or illness within the squad, the IOC have granted increased flexibility due to the unique circumstances of the COVID-19 pandemic. As well as the 18 athletes available for selection for each match, the IOC is allowing teams to replace a goalkeeper, if they are injured and unable to continue playing.

The Reserve goalkeeper can only be brought into the squad as per the conditions outlined in the ‘Late Athlete Replacement policy’ which can be found in Appendix 6 of the FIH Competition Regulations for Tokyo 2020. The use of this facility is optional, with teams being able to use one of the alternate athlete accreditations for a second goalkeeper within the squad of 18 should they wish.

Substitutions
There are no limits on the number of substitutions, apart from during a penalty corner or video referral when substitutions are not allowed.

Green and yellow cards
If a player is shown a green card by the umpire, he or she has a temporary suspension lasting two minutes. This means the team plays with one fewer player during this period. The time penalty kicks in when the suspended player sits on a chair next to the technical table. After the two minutes are up, the player can return to the pitch. If a player is shown a yellow card, the suspension shall be a minimum of five minutes. The Technical Officer on duty is responsible for timing the temporary suspension. Once the suspension is over, the player (or a substitute) can return to the pitch unless this occurs during the taking of a penalty corner, in which case the player cannot return until the penalty corner has been completed or another penalty corner is awarded.

Shoot-outs
During the classification phase, a shoot-out competition will be used if the scores are equal at full time. Each team picks five players who will each take one shoot-out. If the teams are tied after a series of shoot-outs, the winner will be decided by sudden death, ie when one team has scored one more goal than the opposing team after an equal number of shoot-outs have been taken. The process will be repeated in series of five shoot-outs for each team until a winner has been decided.

More information on the current rules of hockey and tournament regulations can be found at the below links:

For more information about the hockey competitions at the Olympic Games Tokyo 2020, visit https://olympics.com/tokyo-2020/olympic-games/en/results/hockey/olympic-schedule-and-results.htm.