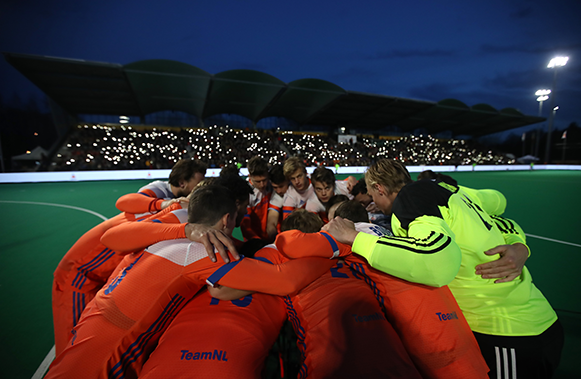 Playing the long game in bid for Olympic ticket

In the first qualification process of its kind, the next two weekends (October 25-27 & November 1-3) will see some fascinating hockey matches taking place as 14 men’s and 14 women’s teams do battle for a place at the Olympic Games Tokyo 2020.

The seven winning teams in each gender will join Japan men and women, who qualify as both hosts and as Asian champions. The other four continental champions are also qualified, namely Argentina men and women, South Africa men and women, Netherlands women, New Zealand women, Belgium men and Australia men.

Participants in the Olympic Qualifiers booked their places through one of three avenues: nations that finished first or second in the FIH Series Finals that took place earlier in the year; nations that finished in the top 4 of the inaugural FIH Pro League but did not win their Continental Championship; or by virtue of their FIH World Ranking.

Within each gender, the 14 teams have been drawn into seven pairs, and they will play a double header over two consecutive days with the scores from both matches added together. As French player Charles Masson pointed out: “It is two times 60 minutes, so we must be patient.”

The first weekend of action sees some interesting match-ups with much potential for upset. 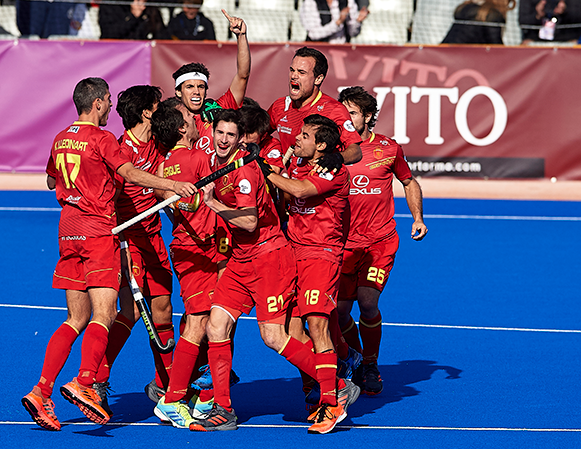 In the men’s competition, European neighbours Spain (FIH World Ranking: 8) and France (WR:12) will be testing each other. Spain, who won a silver medal at the recent EuroHockey Championships, have much more top level experience, including three silver and one bronze medal collected over 17 appearances at Olympic Games. By contrast, France have appeared nine times with a fourth place in 1936 as their highest ever finish. France last appeared at an Olympic Games in 1972, while Spain has not been absent since 1956. 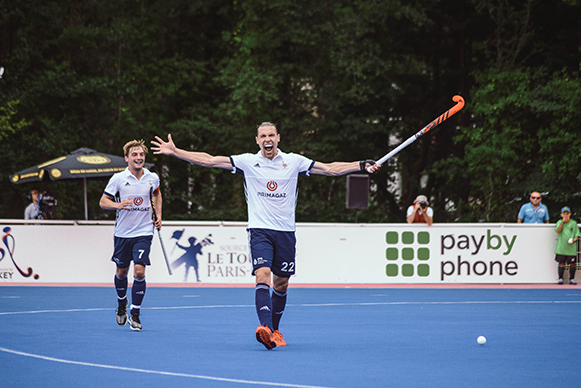 In recent competition however, France have proven themselves a force to be reckoned with. At the 2018 World Cup in Bhubaneswar, France surprised everyone by reaching the quarter finals, beating the reigning Olympic champions Argentina 5-3 in the pool round. At the same competition, France also drew with Spain, which is an indication that Les Bleus will not be overawed when they visit Valencia. 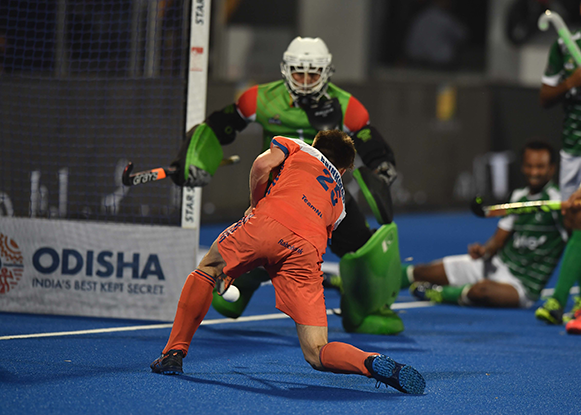 Netherlands men (WR:3) will be hosting Pakistan, which is always a potential tricky encounter. The Netherlands side has been enjoying steady success in the past few months. A third place finish in the FIH Pro League came off the back of a silver medal performance at the 2018 World Cup. The Dutch have played at 18 out of a total of 23 Olympic Games – the last time they were absent was the 1980 Moscow Olympics. Head coach Max Caldas and his men will have the pressure and expectation of a large and vociferous home crowd to contend with. Pakistan (WR:17), by contrast, have had an unsettled time. They have a new coach, Olympian Khawaja Junaid and the newly-formed squad will have two matches against Germany before heading to Amsterdam. But as sports fans know, surprise results are what makes sport so intriguing and watchable. 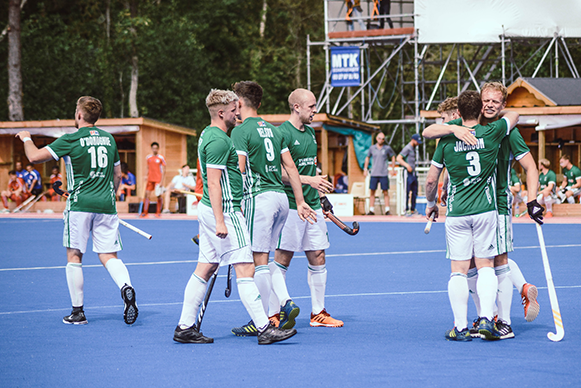 Canada (WR:10) and Ireland (WR:13) make up the men’s fixtures on the first weekend of action and this promises to be a very tasty encounter between two teams with similar styles and of similar standing. Both sides play fluid, fast, attacking hockey, but from a platform of top class goalkeeping. Both sides are looking to record back-to-back appearances at Olympic Games. 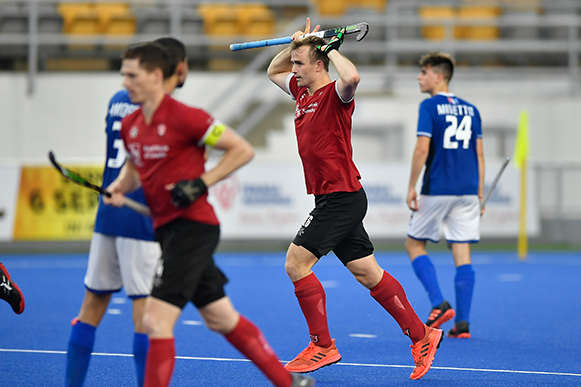 On current form, Canada probably have the edge. They won their FIH Series Finals event, beating Malaysia in front of the Malaysian home crowd. Ireland by contrast finished runners-up to France in a competition they were widely expected to win. They have also had the disruption of a change in coaching staff. Much will depend on whether the sense of expectation weighs heavier on one team than the other, and the two head coaches, Paul Bundy and Mark Tumilty will need to send their players out in the right frame of mind. 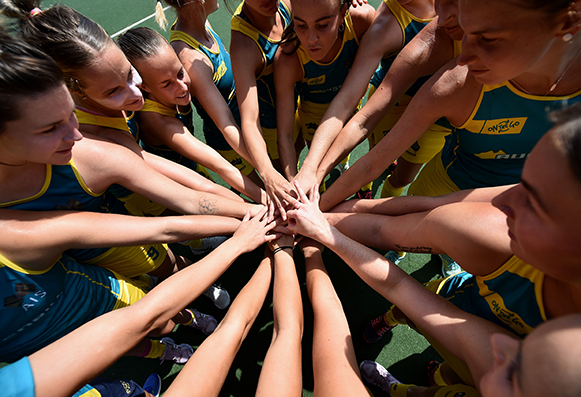 Of the three women’s matches, Australia (WR:2) versus Russia (WR:19) is probably the encounter that would seem the most clear cut. Not only do Russia find themselves up against one of the most on-form teams around at the moment, but the Hockeyroos are a team with a point to prove following their loss to New Zealand in the Oceania Cup. The Hockeyroos have moved up the world rankings to second; they are the only team to have beaten the Netherlands this year [in the FIH Pro League] and they have a world class squad of players that have now reached a point where head coach Paul Gaudoin has a wealth of options from which to select. Despite Russia’s ability to show resilience and to make set plays count, this is a very big ask. 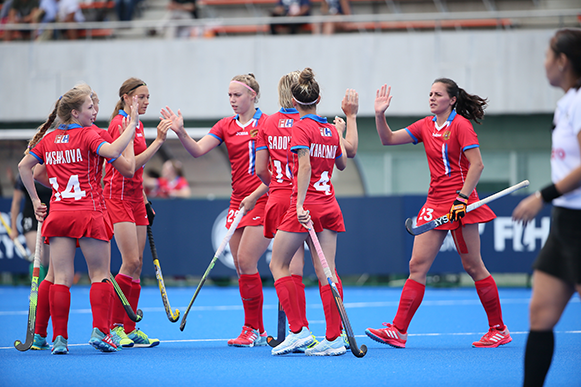 China (WR:10) versus Belgium (WR:12), by contrast, is likely to go to the final second of the 120 minutes of play. These are two teams with very different styles of play but two sides equally committed to continuing their Olympic journey. China have been through a difficult patch, with their early exit from the 2018 World Cup a low point. In the FIH Pro League, they showed glimpses of their potential, with wins against Great Britain and USA. Head coach Huang Yongsheng seems to have found a way of combining the Chinese innate defensive play with speedy and creative attack. 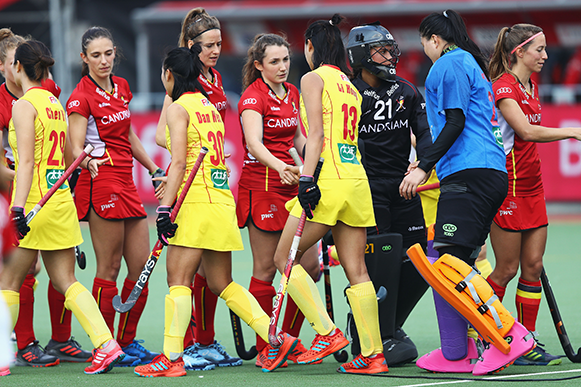 Belgium are the newcomers to the top ranks of international hockey and they have been enjoying their time among the big guns. A fifth place finish in the FIH Pro League for a team that wasn’t initially going to be included was a good indicator of how far the side has progressed. Among their scalps in the Pro League were Australia, Great Britain and, in two confidence boosting performances – a 4-1 win over China in Belgium and a shoot-out win over China in Changzhou. Recent matches against Korea at a three-nations event in Ireland will have helped the European side prepare for another encounter in Asia. 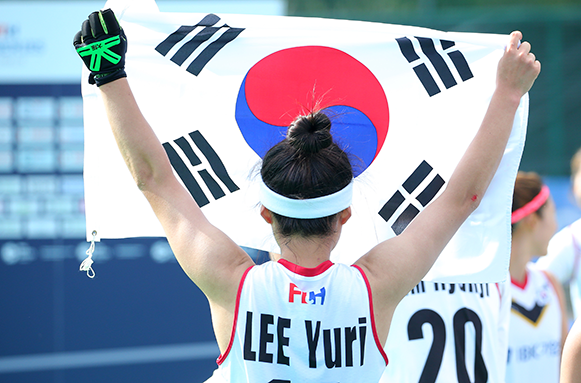 The final match of the opening weekend sees Korea (WR:11) travelling to Valencia to meet Spain (WR:7). The Asian team will arrive in Spain on the back of warm-up matches against Ireland and Belgium, giving them plenty of time to acclimatise to European climate and style of play. The Korea side has slid down the rankings after a poor showing at the Asian Games, where they finished fourth. That said, Korea has not missed an Olympic Games since 1984 and will not want to let that record slip away. 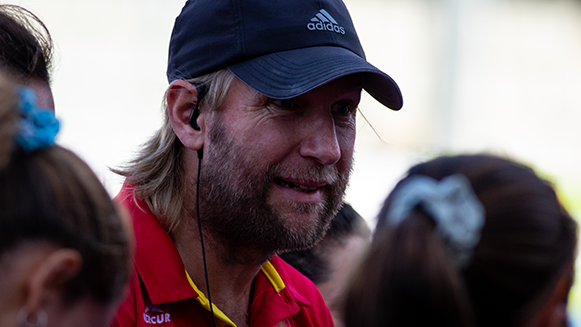 Spanish head coach Adrian Lock has impressed upon his team that building a squad and a culture takes time. Spain are some way along the path with bronze medals at both the 2018 World Cup and the 2019 EuroHockey Championships but, as captain Georgina Oliva says: “We have been preparing for this moment for seven years. We are determined to be in Tokyo.”

The match schedule for the first weekend of FIH Olympic Qualifier action is as follows. All times are local times for the venue.

You can follow all the action as it unfolds via our live reporting service on the FIH website.

Also, every match will be available on FIH.live in all territories where there is no broadcasting deal in place.