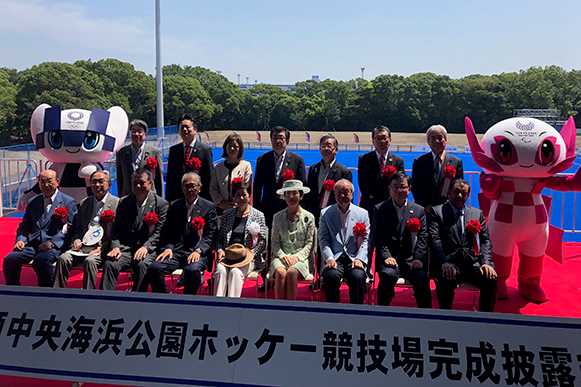 Tokyo, Japan: A little less than a year before the Olympic Games Tokyo 2020 and on the occasion of the start of the Ready Steady Tokyo hockey test event in the brand-new Oi Hockey Stadium, FIH today launched “Gift of Hockey”, the official campaign of hockey’s world governing body ahead of the hockey Olympic tournaments.

“Gift of Hockey” is inspired by the concept of omotenashi - Japanese hospitality - which is a cornerstone of Japanese culture. The campaign approaches hockey as a gift. A sport privileged to have a solid history and with strong values of inclusiveness, gender equality, community-building and respect. A gift that leaves a legacy, too. 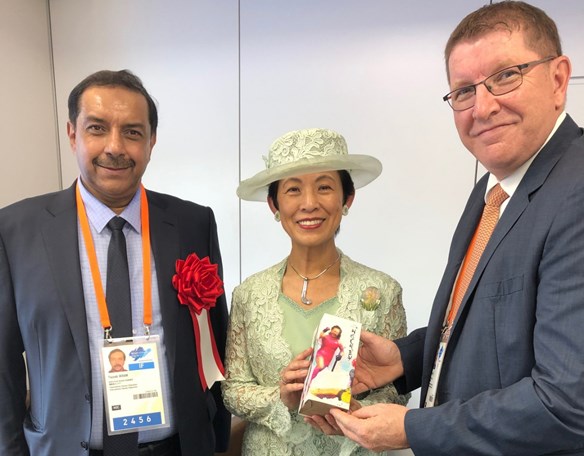 The Oi Hockey Stadium – the venue of the hockey Olympic tournaments next year – will be a great legacy for boosting the development of hockey in the land of the rising sun. Also, a number of hockey training sessions for kids will be organised throughout Japan between now and July 2020.

Another aspect of the legacy is the transmission of the gift of hockey from those who received it to newcomers or future generations. A gift that contributes to build and grow the hockey community.

Japanese player Shihori Oikawa said: “Hockey was a gift from my mother, who was a hockey player. Because of her, I started playing Hockey too. I’m happy to be a part of the Japanese national team and my big goal is to become the best defender in the world and to get a gold medal at the Olympic Games Tokyo 2020. It gives me immense happiness to win with my teammates and I got a lot of friends in the world through hockey, which is fantastic. I want to spread this gift of Hockey by opening Hockey clinics in many areas of Japan.”

2016 Gold medallist and Argentina’s team captain Pedro Ibarra said: “I started to play hockey because my parents inspired me to play a team sport and some friends of mine were playing hockey; that’s how I joined. After my international career, I would like to share all my experience with people who are living on the streets. I think that sport can help to get people out of those situations”.

Eight teams have been invited to participate in this event: