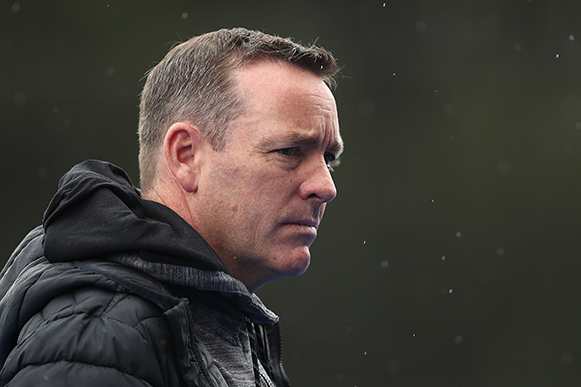 In the latest of a series of video interviews with the teams that will participate in the upcoming FIH Hockey Olympic qualifiers, New Zealand (FIH World Ranking: 9) men’s head coach Darren Smith looks ahead to his team’s crucial two-game clash against Korea (WR:16). The all-important matches will take place in Stratford, on New Zealand’s North Island on 2/3 November 2019, with timings to be confirmed in the coming weeks. A transcription of the interview can be found below.

The FIH Hockey Olympic qualifiers will be taking place very soon. How will your team prepare for these hugely important matches?
Darren Smith: “It’s been a big first six months. We’ve played a lot of international hockey through the [FIH] Pro League, went to the Olympic Test Event [in Tokyo, Japan] in August. Just recently we completed our Oceania Cup against Australia, so it has been all go in 2019. We’ve given the guys a little bit of downtime, they are playing in the national hockey league for their regions, then they come back in October for a big preparation for Korea at the beginning of November. Preparations have been ongoing throughout the year, and now we hone in and see if we can do a good job at the beginning of November.”

What can we expect to see from your team in the FIH Hockey Olympic qualifiers?
Darren Smith: “We just want to be in good form. The Koreans, the Spanish and all of the teams that are in these ‘do or die’ matches, you just want your team playing well, fresh, in good form and playing great tactical hockey. That’s all we want to see, our guys at their very best so that we can do the business when we are required to.”

What are your thoughts about facing Korea, your opponents in the FIH Hockey Olympic qualifiers?
Darren Smith: “We’ve been big admirers of Korea for years. Through the 1990s their hockey really grew, and in 2000 they were [Olympic] silver medallists. Through the 2000s we saw them regularly in the semi-finals of world tournaments, and then most recently they won the [Sultan] Azlan Shah [Cup] in April this year. It’s a team we are very wary of, they’ve got some quality players, a good flicker and a good goalkeeper, some key men who can do some damage. We are going to have to be on guard and make sure we are at our best, or else this is a Korean team that can hurt you.”

How is your squad feeling about these matches?
Darren Smith: “It’s exciting, it’s Olympic qualification. Every team goes through it, whether it’s Belgium winning the Europeans, Argentina winning the Pan Ams, it’s all high pressure as they try to get that ticket to Tokyo. We are going to be no different, going through a qualification event where all you want to do is make sure you are on the starting blocks in Tokyo so you can compete in that tournament as well. There is a lot of excitement in the group, as well as some nerves, of course. It’s Olympic qualification, so excited, nervous, looking forward to it and hopefully everything goes our way.”