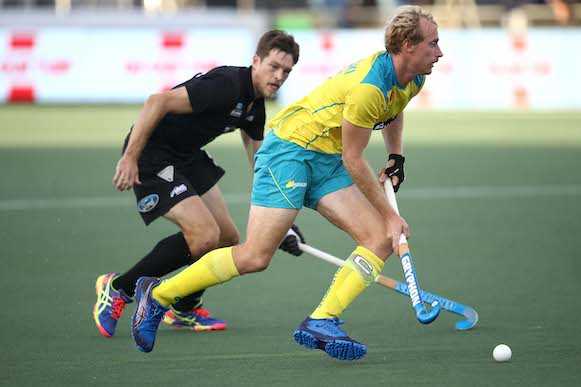 The giants of Oceania hockey will come together in a two-horse race to win the coveted ticket to the Olympic Games Tokyo 2020.

Australia men and women will take on New Zealand in a three match series at the Kalka Shades Stadium in Rockhampton, Queensland from 5-8 September.

Also being played at the same time will be the men’s and women’s Intercontinental Hockey 5s, where Papua New Guinea, the Solomon Islands and Tonga will face each other in a round robin contest. This competition starts on 4 September and finishes on the 8th.

Oceania Hockey is putting on two competitions that demonstrate a great example of international hockey provision across a diverse range of standards. Australia men and women are ranked first and second respectively in the FIH World Rankings, while Papua New Guinea are the highest ranked of the men’s teams competing in the Intercontinental Hockey 5s with a world ranking of 54. The highest ranked women’s team participating in the Hockey 5s is the Solomon Islands, with a world ranking of 58. The lowest ranked teams are Tonga men at 71 and Tonga women at 65.

The battle between the two top 10 teams will be a ferocious one. While an Olympic ticket is the main prize, there is also a huge amount of pride at stake for these two nations. History is on the side of Australia. The Kookaburras have won every edition of the Oceania Cup since it began in 1999. New Zealand women will be looking to regain the titles that they last won in 2011.

On current form, Australia continue to have the upper hand. The men’s team recently reclaimed the top spot in the world rankings with a victory at the FIH Pro League Grand Final and they have showed immense consistency of form in recent months.

The Grand Final of the FIH Pro League really did showcase the Kookaburras at their brilliant best. They faced a confident Belgium team but raced to a 3-0 lead through goals from Trent Mitton, Flynn Ogilvie and Blake Govers. New Zealand will need to be at their best to nullify the Australian strike force, particularly the threat posed by Govers.

The women have the honour of being the only side to beat the Netherlands this year, a feat they achieved in the FIH Pro League back in February. They were unable to repeat the feat at the Grand Final but they did take the Netherlands to shoot out after the scores were locked at 2-2 at full time.

In Mariah Williams, Kaitlin Nobbs and Savannah Fitzpatrick they have a new generation of stars coming through, while the senior players such as goalkeeper Rachael Lynch and penalty corner specialist Jodie Kenny, provide the maturity necessary to keep the team focused.

New Zealand, by contrast, have had a difficult time in the past few months. The men’s team finished last in the FIH Pro League, with no wins from their 14 games and just four drawn matches – all of which they lost on shoot-out. they currently sit at eighth in the FIH World Rankings, seven places behind their Oceania neighbours.

That said, New Zealand are a team packed full of talented and experienced athletes. They put in some battling performances in the FIH Pro League, such as the 3-4 loss to Netherlands and the 4-4 draw with Belgium. With strikers such as Kane Russell and Stephen Jenness, they just need to get together under head coach Darren Smith and turn experience and athleticism into winning performances. There are signs this is happening. At the recent Ready Steady Tokyo test series in Japan, New Zealand won three of their four matches, just falling short against India in the final. The wins over Malaysia, India and Japan in the pool matches were a good indication that the Blacksticks are returning to form.

Olivia Merry was the FIH Pro League’s top scorer with 15 goals. Her captain, Stacey Michelsen was arguably one of the most influential players in the Pro League. The squad has a number of really talented players – such as Liz Thomson, Shiloh Gloyn and Samantha Charlton. The 5-1 demolition of Great Britain back in February and the 3-1 victory over Australia, in Sydney, provide perfect examples of what the team can achieve. Under new head coach Graham Shaw, New Zealand, who are currently ranked six in the world, will be itching to get back to the sort of form that saw them beat Australia to Commonwealth gold in 2018.

There might only be two teams in this particular race to Tokyo, but be prepared for battle to go down to the wire.