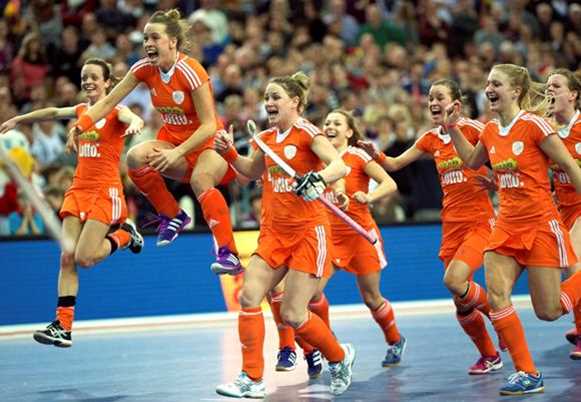 The updated International Hockey Federation (FIH) Hero Indoor World Rankings have been revealed, with Germany men and Netherlands women retaining their places at the top of the standings.

The FIH Hero Indoor World Rankings were updated following the completion of the Pan American Indoor Championships 2017 in Georgetown, Guyana, where Trinidad & Tobago men and USA women claimed the respective titles and booked their tickets to next February's FIH Indoor World Cup 2018, which takes place in Berlin, Germany.

As well as the Pan American Indoor Championships 2017, the latest update also includes points earned by nations that competed at the African and Asian Indoor Continental Championships which took place earlier this year.

Australia (11), South Africa (12) and England (13) also retain their places, with USA dropping one place drop to 15th. Namibia - who finished second in the African Indoor Cup of Nations - have moved up to 14th position.

Trinidad & Tobago’s stunning triumph at the Pan American Indoor Championships 2017 earned them the maximum available points, something which has resulted in a quite remarkable rise up the rankings table from 41st to 18th.

On the women’s side of things, the Netherlands will go into February’s Indoor Hockey World Cup 2018 sitting at top of the rankings table, with Germany (2), Czech Republic (3), Poland (4), Belarus (5), Austria (6), Ukraine (7), and Australia (8) all retaining their positions in the top eight.

Canada have dropped from ninth to 11th place, with Belgium and South Africa, the African continental champions, moving up to ninth and tenth place respectively.

Kazakhstan’s Asia Indoor Cup triumph earlier this year has helped them remain in 12th place, while USA’s victory in the Pan American Indoor Cup has sparked a dramatic eight place rise, surging from 28th to 20th.

The latest FIH Rules for Indoor Hockey can be downloaded here.