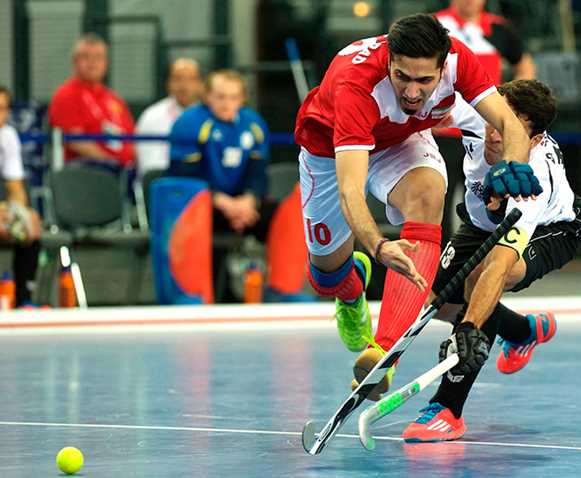 The Indoor Hockey World Cup brings together the best indoor hockey teams from across the world as they seek to lift the trophy on 11 February.

For many of the players and teams competing at the Max Scheming Halle in Berlin, Germany, this is the pinnacle of their indoor hockey careers and for some, this is a moment that has, at times, seemed unlikely.

The romantic and headline-grabbing story has to be the presence of Trinidad and Tobago team in the men’s Indoor Hockey World Cup. Against the odds, Trinidad and Tobago won the Indoor Pan Am Cup in 2017, knocking the pre-tournament favourites Canada out in a thrilling 7-5 encounter before defeating Argentina 7-0 in the final.

Ranked 18 in the FIH Hero Indoor Hockey World rankings, Head Coach Raphael Govia and Assistant Coach Darren Cowie, will have been plotting their course to further success as they take on Poland (WR:3), Czech Republic (WR:6) not to mention their final match of the pools against the world number one team, Germany.

Douglas Camacho, President of Trinidad and Tobago Hockey said: “We’ve been drawn in Pool A to face European teams and Australia, so we hope to bring our exciting brand of hockey to the tournament and show them what we’ve got. We’re not here to make up numbers but to prove that Trinidad and Tobago belongs on the world stage.”

Making their debut at the Indoor World Cup will be Kazakhstan. The team that is currently ranked 16th in the world have a baptism of fire as they face Germany in the opening match of the men's competition. Head Coach Olga Urmanova will be looking for her young team to adapt to the cauldron of international hockey very quickly.

European teams dominate the top world rankings in the women’s Indoor Hockey World Cup, with the Netherlands top of the list at number one. However, they suffered a defeat at the hands of Germany (WR:2) in the recent EuroHockey Indoor Championship.

At the other end of the scale, USA are ranked 20th and they come to the competition as tournament debutants. Ali Campbell, who was voted best player at the Pan American Indoor Hockey Cup, will be hoping to continue her fine form in front of goal, but a pool that comprises Netherlands, Poland and Belarus will prove a stern testing ground for the USA team.

For USA Head Coach Jun Kentwell, team selection (12 players from a group of 24) for the event has been tough: “The selection of the squad to travel to the Indoor World Cup has been the most difficult decision I have ever had to face,” Kentwell said in a statement released by USA Field Hockey, “I have never worked with a group of players who shown so much commitment and determination.”

Another side who sit low in the women's rankings are the African champions, Namibia. Ranked 14th in the world, Namibia have a habit of overturning the form book. They beat red hot favourites South Africa in the race to the Indoor Hockey World Cup thanks to a pulsatingly exciting final in the African Indoor Cup and, according to Netherlands Coach Marieke Dijkstra, whose team played them in a friendly, they are: "A very physical and skilled team." In Dijkstra's words: "When it gets to quarter-final stage, anything can happen."

The action starts on 7 February. Fans can follow all the matches from the main hall via a free live-stream on FIH YouTube.