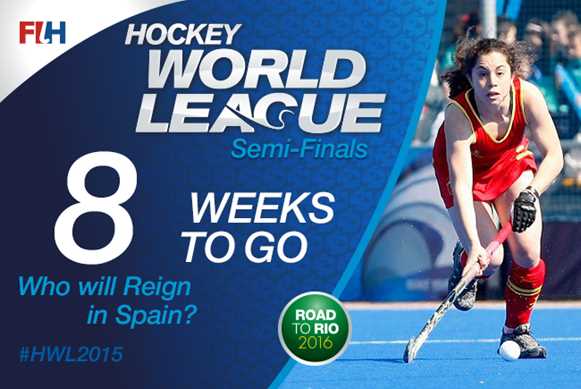 Who will reign in Spain?

Valencia is all set to serve up some tasty fare, on and off the pitch

Valencia is on the stretch of Spanish coastline known as ‘The Orange Blossom Coast’ and while it was under Muslim rule, more than 1,900 years ago, it was known as the ‘City of Joy.’

Whether the 10 teams who will be competing in the Spanish city in one of the two women’s Hockey World League Semi-Finals taking place in June will find joy in the city will depend upon results, but for the fans visiting the area, there is much to see and enjoy.

The Mediterranean city enjoys a warm climate, with temperatures in June sitting around 27 degrees celsius, and rainfall will be low to non-existent. For the hockey players, there are two prizes at stake during this tournament. The top four teams in each Semi-Final will earn the right to play a glittering showcase HWL Final at the end of the year –in India for the men and Argentina for the women. This is the culmination of a two-year cycle of HWL events, and will establish teams at the top of the hockey tree, with all important ranking points at stake.

Also at stake are three places at the Olympic Games in Rio 2016. The top three placed teams from the HWL Semi-Finals will win a spot at one of hockey’s premier events, so it is easy to see why the teams are viewing Valencia with a mixture of trepidation and excitement.

For the fans it is an amazing line-up of hockey talent. Joining host nation Spain will be the high ranking Argentinians (ranked 3 in the world), China, Germany, Great Britain, South Africa and the United States –all of whom have a top 12 ranking and will be hoping to secure their passage to the Olympics. And this year they will be joined by lower-ranked teams Canada, Ireland and Uruguay, who all qualified for this event courtesy of great performances in the HWL Round 2 events.

While all the players’ thoughts will be on events on the pitch, the fans will have time to visit some of the cultural and entertainment offerings of Spain’s third largest city. The jewel in the cultural crown is the City of Arts and Sciences, a futuristic complex of cinemas, theatres, galleries and exhibitions.

From here, a visit to the Museo de Belle Artes should also be on the radar, here visitors can get up close and personal with some of the greatest artists to have emerged from Spain –El Greco, Goya, Velazquez and Murillo –you don’t have to be an art enthusiast to recognise the enormity of these artists’talent.

For a combination of architecture and local food delights, the Mercado Central caters for both. Walk around the edge of the market admiring the fabulous architecture, then dive into the smells and atmosphere of a frenetic swirl of colour, spice and culinary magic.

One final word on Valencia. It is the home of the paella, and with the sea just a stone’s throw from the city centre, fans can try Valencia’s signature dish.