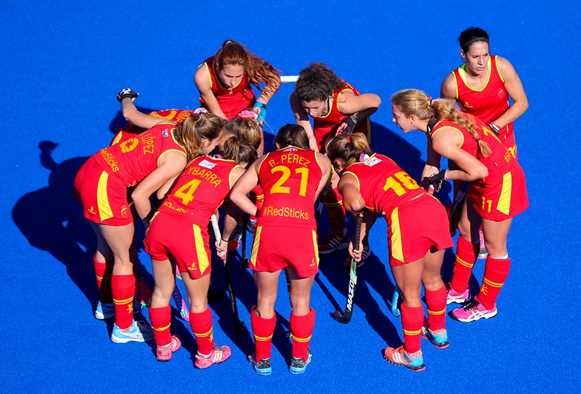 FIH have released the pools and match schedule for the women’s Hockey World League Semi-Final in Valencia, Spain.

The Hockey World League Semi-Final in Valencia takes place from 10-21 June 2015 in Spain’s third largest city and features an extraordinary line-up.   The ten teams making up the pools are a mixture of automatic qualifiers courtesy of their world rankings (at time of entry), the host and the teams who join via their qualification success in Round 2 of the Hockey World League.

The opening day of the event (Wednesday 10 June) will feature eight of the ten teams taking part and the pool matches will be spread over five days. The event will conclude with the finals and play off’s on Sunday 21 June.

FIH President, Leandro Negre said:  “We are greatly looking forward to the Semi-Final event in Valencia.  Spain always has amazing crowds and we know there will be great support for the home nation.  With Olympic qualification at stake, we expect an action-packed and competitive event.”

RFEH President Santiago Deó Valera said: “The Olympic qualifying event in Valencia is not far away. We are looking forward to what will be a great event, which we are sure everybody will enjoy, with excellent play from all participating teams and where we hope that our National team achieves the classification for participating in Rio.