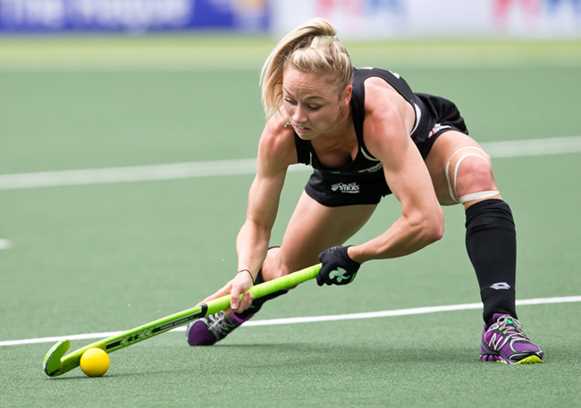 With the start of the eagerly anticipated FINTRO Hockey World League Semi-Finals in Antwerp just days away, we look at the teams that will be competing in these crucial qualification competitions for the HWL Finals and Rio 2016 Olympic Games. Our fourth and final preview looks at women’s Pool B, where Oceania rivals Australia and New Zealand are joined by host nation Belgium, India and Poland in the race for the quarter-final places.

Australia - current world ranking: 2
With qualification for the 2016 Olympic Games in Rio de Janeiro on the line, Australia’s Hockeyroos will go into the Hockey World League Semi-Final tournament in Antwerp with their strongest available line-up. Captain and star midfielder Madonna Blyth is set to become the most capped Hockeyroo of all time as she closes in on Nikki Hudson’s 303-game record. Blyth, a two-time Olympian with 301 appearances under her belt, is likely to break Hudson’s record in Australia’s third match, against fierce rivals New Zealand. At the other end of the experience spectrum, live-wire forward Mariah Williams has been called up for her first major FIH tournament following strong displays against China in Sydney and at the Hawke’s Bay Cup in New Zealand in April. Williams and fellow forward Kathryn Slattery are two of only three members of the side that were not part of the Hockeyroos teams that claimed Silver at the Rabobank Hockey World Cup and Commonwealth Games Gold in 2014. The other is 206-times capped Teneal Attard, who missed much of last year through injury. The Hockeyroos welcome back Anna Flanagan and Casey Sablowski, both of whom missed the April series while playing in the Dutch Hoofdklasse league for MOP and Pinoke respectively. Back up to number 2 in the FIH World Rankings, no- one can question that this current Australia team is a major force in world hockey and is capable of claiming a tournament victory in Antwerp.

New Zealand - current world ranking: 4
Under the guidance of Head Coach and former Australian international Mark Hager, New Zealand’s Black Sticks have enjoyed arguably the most successful period in their history. In 2011, the team claimed their first ever Champions Trophy medal when they took 3rd place at the tournament in Amsterdam, and a year later narrowly missed out on an Olympic medal when they were beaten by Great Britain in the fight for Bronze. Following a difficult 2013, the team achieved a hugely creditable 5th place finish at the Rabobank Hockey World Cup before claiming 4th place at the end of year Argentina Hockey Champions Trophy, providing plenty of evidence that they continue to be a force to be reckoned with. Hager has announced a strong line-up in his bid to land secure a place in the World League Final and also secure that all-important berth at the Rio 2016 Olympic Games. The defensive line will be strengthened with the return of experienced goalkeeper Sally Rutherford, who has recovered from a broken toe which has kept her out of action for the past few months. Sophie Cocks also returns to the side following a recent illness, while versatile midfielder Julia King has earned a call-up thanks to a strong club season in England. The side is captained by Anita Punt as part of a leadership group that also includes Sam Charlton and Stacey Michelsen.

Belgium - current world ranking: 12
Belgium is one of the rising superpowers of global hockey. Very much like their male counterparts, the women’s national team – known as the “Red Panthers” – have made massive strides forward in recent years, powering up the world rankings from 27th in 2005 to their current position of 12th. 2012 proved to be something of a landmark year for Belgium’s women thanks to a brilliant performance at the Olympic qualifying event on home soil in Kontich, where they stormed to the title and secured their first ever appearance at an Olympic Games. The side finished 11th in that tournament courtesy of a 2-1 classification match victory over USA. Their performances in 2013 provided further evidence that they are a growing force on the world stage, with a fourth place finish at the TriFinance EuroHockey Championships and qualification for the Rabobank Hockey World Cup 2014 in The Hague – their first World Cup appearance since 1981 – where they finished 12th. Head Coach Pascal Kina has selected nine players who have broken through the 100 senior international caps barrier – Anouk Raes, Jill Boon (both 200+), Emilie Sinia (190+), Barbara Nelen (170+), Louise Cavenaile (160+ caps), Stephanie de Groof (160+), team captain Lieselotte van Lindt (140+), goalkeeper Aisling D’Hooghe and Alix Gerniers (both 110+).

India - current world ranking: 13
Under the guidance of recently appointed German Head Coach Mathias Ahrens, India have been training hard and are currently feeling upbeat about their chances of success in Antwerp. 23-year-old team captain Ritu Rani has described the atmosphere under Ahrens as being “very positive”, whilst also stating that the team is making big improvements to their game. Ahrens was not in charge during India’s dominance of the Hero Hockey World League Round 2 event in New Delhi earlier this year, with Hockey India Performance Director Roelant Oltmans filling the void with huge success. The “Eves” were victorious in all of their six matches, scoring 31 goals and conceding just one as they cruised to the title. Although there will be a marked rise in the standard of opposition in Antwerp compared to what they faced in Round 2, they certainly have more than enough ability to trouble the top teams. The biggest challenge for their opponents may well be figuring out how to stop free-scoring attacking duo Vandana Katariya and 20-year-old strike partner Rani, who netted a combined total of 18 goals at the Round 2 event.

Poland - current world ranking: 23
They may be the lowest ranked team in the competition, but they have already proven themselves as a side capable of beating supposedly superior opposition in this year’s Hockey World League. Lead by inspirational captain Marlena Rybacha, the team claimed a creditable 2nd place finish at the Hero Hockey World League Round 2 event in New Delhi, defeating two higher-ranked opponents in Malaysia and Russia before losing the competition final against host nation India. Poland women have never managed to qualify for an Olympic Games, but the current group will be determined to put an end to that undesirable record in Antwerp.