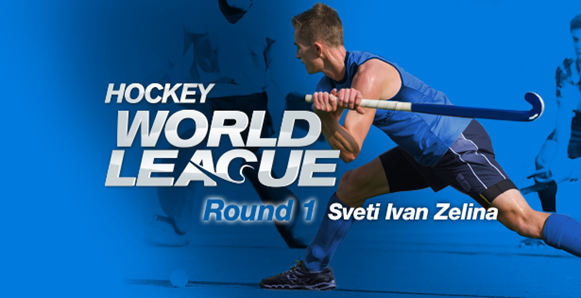 It's Swiss time in the Hockey World League

The men's Hockey World League Round One kicked off in Croatia today at the Zagreb town of Sveti Ivan Zelina, with Switzerland and Croatia getting off to the perfect start. Five teams are contesting the title, and there is an extra frisson to all the Hockey World League events, because it is conceivable that a team with a low FIH World Ranking could get their very own fairytale ending and end up in Rio for the 2016 Olympics.

Starting out on their exciting journey towards hockey superstardom in Croatia are: Switzerland, Russia, Turkey, Bulgaria and Croatia. The opening games, saw coach Christian Stengler's Switzerland hit 11 goals past Bulgaria to win 11-0, while Croatia took on Turkey and won 6-1. Switzerland's Yanik Kloter scored the tournament's first hat-trick, while Mihael Cvetko scored a brace for Croatia. All the squads contain a lot of new caps, but with an average age of just 19.7, the Turkish team are by far the least experienced.

Russian duo Sergey Kostarev and captain Evgeny Makrousov are among the most experienced players; both men are approaching 100 caps for their country. The Russian's opening match is against Bulgaria in the first match of the second day of competition.

The Hockey World League is in its second cycle, and the event was introduced to allow more teams to participate on the international hockey stage. Teams with rankings higher than 20 compete in Round One for the right to compete in Round Two events. In turn, the Round Two competitors, who will have a ranking from 11 to 19 will earn the right to compete in Round Three – the level of competition at which the lower-ranked teams enter the contest. Winners of Round Three go to the finals and will contest the right to play at the Olympic Games in 2016. The top six or seven teams from the Hockey World League will qualify for the Olympics alongside each continental champion.