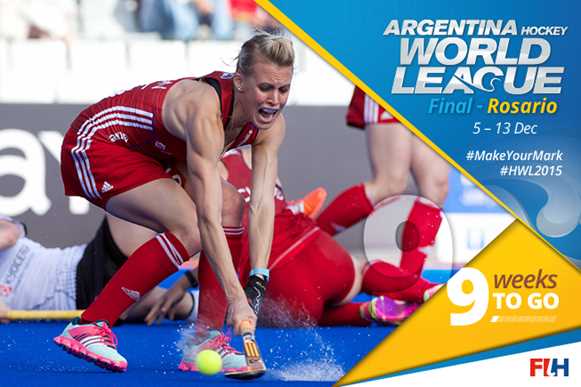 Witness one of the world's most explosive sports in Rosario, Argentina later this year

Rosario will play host to one of the world's most action packed sports when the Argentina Hockey World League Final comes to town between 5-13 December 2015.

Whilst for many, a 10km run sounds enduring, but in hockey, much of this activity is undertaken at a high pace, with players reaching maximum speeds of 34-35kmh during games.

In fact, for 30% of an elite hockey game, players are running at a high intensity (above 19kmh), compared to only 20% of a rugby 7s match and 9% of a football match.

As a result, hockey players are sustaining about 85-90% of their maximum heart rate for over 40% of the game.

All of these facts lead to a clear conclusion - hockey is explosive. Players perform at a high intensity throughout matches, which results in action packed, exciting games.

You too can be part of the action. Turn up or tune in to catch all of the excitement at the 2015 women's Argentina Hockey World League Final in Rosario, Argentina.