What are the teams competing for?
A place in the Hockey World League Semi-Final. The top two teams will qualify automatically 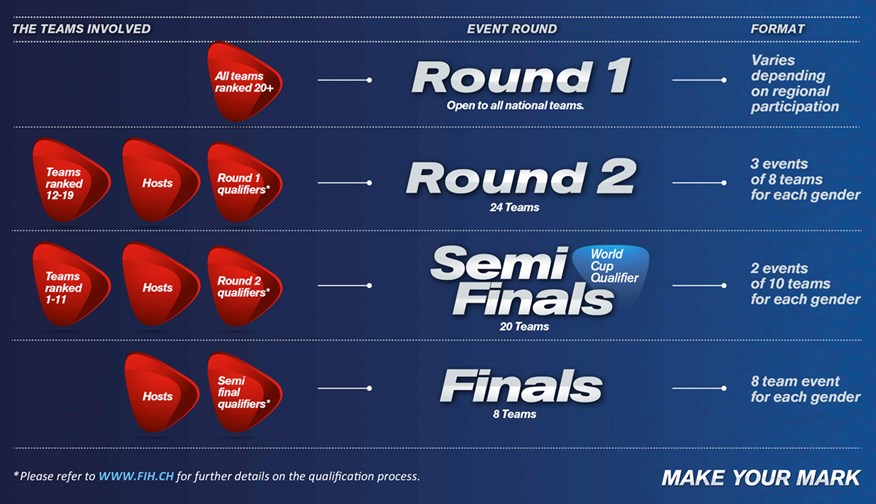 Valencia (‘València’ in Valencian) is the capital of the autonomous community of Valencia. With around 800.000 inhabitants in the administrative center makes it the third largest city in Spain after Madrid and Barcelona. Valencia is Spain’s third largest metropolitan area, with a population ranging from 1,7 to 2,5 million. The port of Valencia is the 5th busiest container port in Europe and the busiest container port on the Mediterranean Sea. The city is placed on the banks of the river Turia, on the east coast of the Iberian Peninsula, just in the center of the gulf of Valencia. Nowadays, the river is a 11 km long Park, with many sport facilities, and easy to bicycle or walk through.

Valencia’s historical center is one of the largest one in Spain, with approximately 169 hectares, and thanks to its historical and monumental heritage and it diverse scenic and cultural spaces they turn her into some of the cities with major abundance of national and international tourism of the set of the country. Among its more representative monuments they are the Miguelete, the Cathedral, the Towers of Serranos and of Quart, the Strap of the Sedates, declared as World Heritage Site for the UNESCO in 1996, and the City of the Arts and the Sciences. Also it is necessary to emphasize that the Museum of Fine arts of Valencia is the most important pictorial museum of the Valencian Community being for it relevancy one of the first ones of Spain, as the Valencian Institute of Modern Art (IVAM), which has the aim of investigate and spread the art of the 20th century.

Due to its long history, this one is a city with innumerable parties and traditions, among which they fit to emphasize the Fallas, which were declared as parties of tourist international interest on January 25, 1965, and the Court of the Waters, declared in the year 2009 as cultural immaterial heritage of the humanity. Besides this, Valencia has been and is nowadays, a scene of diverse world events, which have helped to form the city and to give it an international projection, since they have been the Regional Exhibition of 1909, 32 ª and 33 ª America's cup yachting, Europa's Great Prize of Formula 1, the Open 500 of tennis, the Global Champions Tour of Equine and many more