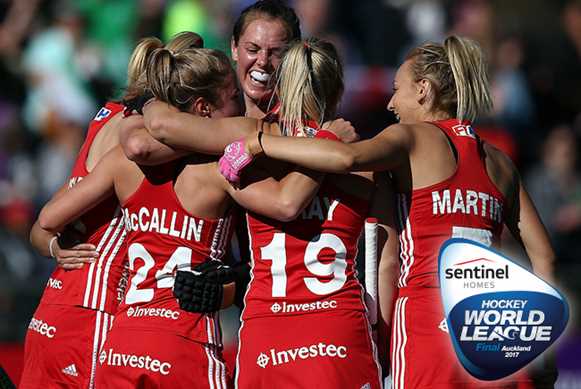 England have announced their 18-woman squad that will travel to New Zealand to contest the Sentinel Homes Hockey World League Final.

The event in Auckland runs from the 17 to the 26 November at the North Harbour Hockey Stadium where the world’s best will battle for the crown.

There are four changes from the squad that travelled to the European Championships in August as Erica Sanders, Olivia Paige, Grace Balsdon and Suzy Petty are included in the eighteen.

The World League Finals provide another test for England as they build towards hosting the Hockey Women's World Cup in London next summer.

Head Coach Danny Kerry MBE returned to work in September and will lead the campaign in Auckland after missing the European Champions in Amsterdam.

Ahead of the tournament, Kerry said: "Our selection for this World League represents a growing depth within our squad and the form and intent over the recent training block. The application of all of the athletes has been first rate and we look forward to the competition coming up.

"We have a core of experience and leadership qualities running through the team including, but not limited to Pearne-Webb, Unsworth, Bray and Danson forming a spine of the team. We know that all of the teams have similar strengths and it will be a sensational opportunity to enjoy what we do best; competing."

After winning bronze at the Euros with a 2-0 victory over Germany and bronze also at the Hockey World League Semi-Finals with a 5-2 win over Argentina the squad will enter the tournament full of confidence.

England face world number seven side Germany, world number three Argentina and China in pool B while hosts New Zealand, the Netherlands, Korea and the United States make up the four sides in pool A.

Matches from the women’s Hockey World League Final will be shown between the 17 and 26 November from Auckland live on BT Sport with full listings and timings to follow.