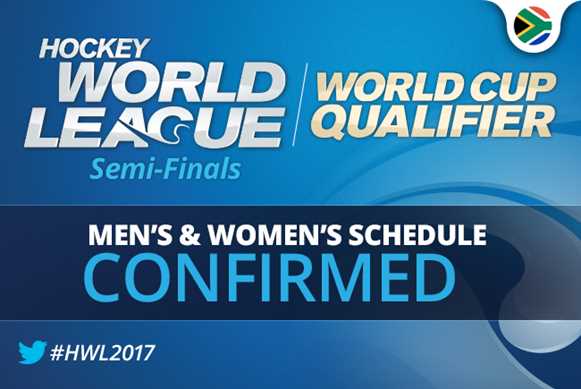 20 of the world’s best men’s and women’s national teams will take part in these Hockey World Cup 2018 qualifiers between 8-23 July at Wits Hockey Club.

In the women’s competition, England – who will contain many of the Rio 2016 Olympic gold medallists who represented Great Britain, will play Rio bronze medallists Germany, Japan, Ireland and Poland in Pool A. Reigning Hockey Champions Trophy and Hockey World League champions Argentina will be up against reigning Pan American champions USA, African champions South Africa, India and Chile in Pool B.

With 16 days of non-stop world class hockey, there’s a number of hugely exciting matches for fans to take in.

The following day, the men’s competition also serves up some fascinating rivalries. European opponents France and Spain get the day started off at noon before the Oceania showdown between New Zealand and Australia takes place at 14:00. The all-African game between rivals Egypt and South Africa will then give local fans a thrilling start to the evening (16:00) before Rio 2016 medallists Belgium and Germany provide an exciting finale to the day at 18:00.

There’s many more exciting matches throughout the event, with the men’s schedule published on the official event website here and the women’s here.

Ticket information will be announced on FIH.ch on 4 June 2017.

The Hockey World League, composed of four rounds and played over two years, shines a spotlight on the sport around the world. Even the smallest hockey-playing nations have the opportunity to write their own chapter in hockey’s history books. Johannesburg provides the perfect stage for their dreams to become reality in what is a crucial event in hockey’s international calendar.

The top teams from Johannesburg will qualify for two of hockey’s showpiece events – the 2017 Hockey World League Finals and the 2018 Hockey World Cups. Teams will also be awarded FIH Hero World Ranking points, which could prove crucial in relation to qualification for future events.

With so much on the line, fans will no doubt witness some action-packed matches full of excitement and drama this July. To keep up to date with all the latest news relating to the Hockey World League Semi-Finals over the coming months, visit FIH.ch and follow FIH via Twitter, Facebook and Instagram.