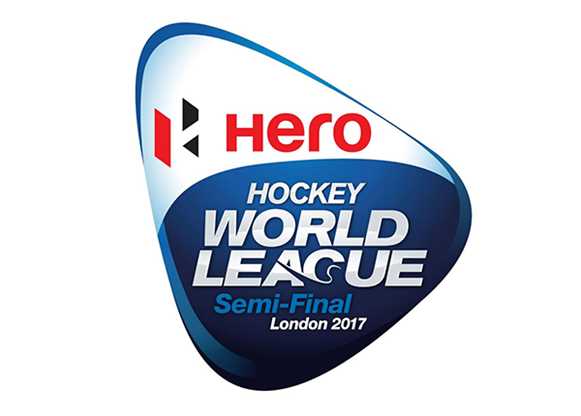 Hero MotoCorp has once again invested in a major hockey event

The International Hockey Federation (FIH) and England Hockey are delighted to confirm Hero MotoCorp Ltd., the world’s largest two-wheeler manufacturer, as the title sponsor of the 2017 Men’s Hockey World League Semi-Final in London.

Hero MotoCorp Ltd. has remained the world's largest manufacturer of two-wheelers for 16 consecutive years now, with global operations spanning across 35 countries. The New Delhi, India headquartered company has an illustrious history of associations and partnerships with international sports.

Apart from its long-term association with the FIH, Hero MotoCorp has a long-standing association with European and Asian Tour (Golf) and was a global partner of the International Cricket Council (ICC). Tiger Woods is Hero’s Global Corporate Partner and Diego Simeone Global Brand Ambassador.

Speaking of this partnership, Mr. Pawan Munjal, Chairman, MD and CEO, Hero MotoCorp said: “Hockey continues to be one of the most popular sports across the world and we at Hero MotoCorp are glad to extend our association with FIH and hockey through this important event. Our Title Sponsorship of this event is in keeping with Hero’s increasing global presence, which now extends to 35 countries across the world. I wish all the participating nations the best of luck and look forward to an exciting competition.”

On this latest sponsorship announcement, FIH CEO Jason McCracken said: “We are pleased to secure Hero MotoCorp as title sponsor. Their investment will provide them with exposure to millions of hockey fans across the world who will be following, both online and on TV, their nation’s bid to qualify for the 2018 Hockey World Cup.”

He continued: “This is yet another important partnership facilitated by FIH as we continue to drive the marketing and commercial value of hockey. Hero MotoCorp’s continued commitment to our sport provides further evidence of FIH securing commercial partners who share our vision for developing the sport, outlined as a key initiative in our 10-year Hockey Revolution strategy.”

FIH President Dr Narinder Dhruv Batra added: “We are delighted that Hero MotoCorp has once again invested in our sport, continuing our long-term, positive relationship which has made a significant contribution to the development of the sport globally. We are grateful for their ongoing support and sponsorship which has now extended over many years.”

The Men’s Hero Hockey World League, London 2017 gets underway in only a few weeks’ time, with excitement already beginning to grow. To keep up to date with all the latest news, including ticket information, visit the official event website on FIH.ch and follow FIH via Twitter, Facebook and Instagram.

About Hero MotoCorp Limited
For the past 16 consecutive years, the New Delhi (India)-headquartered Hero MotoCorp has remained the world’s largest two-wheeler manufacturer in terms of unit volumes sold by a single company in a calendar year. Since its inception, Hero has sold over 70 million motorcycles and scooters in cumulative sales. Hero MotoCorp currently sells its products in 35 countries around the world. Hero MotoCorp has been associated with various disciplines of sports including football, golf, cricket and field hockey for over two decades now. 14-time major winner Tiger Woods is Hero's Global Corporate Partner and Atletico Madrid Coach Diego Simeone is Hero’s Global Brand Ambassador.