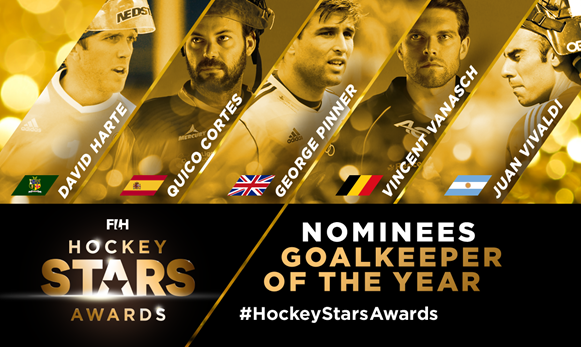 Hockey Stars Awards: Nominations for Men's Goalkeeper of the Year

They are the men who are the last line of defence and their bravery and courage as a ball is being fired at them is only matched by their athleticism and flexibility as they dive to stop shots that would otherwise end up in the back of the net. Once unmasked, these giants of the game are also great personalities and inspirational figures both on and off the field of play. The nominees are listed in alphabetical order.

Quico Cortes was voted Goalkeeper of the Tournament in South Africa at the Hockey World League Semi-Finals. The Spanish ‘keeper was instrumental in his side finishing in fourth position and securing a spot at both the Odisha Hockey World League Final and the Odisha Hockey Men’s World Cup. The fourth place finish was achieved at the expense of many higher ranked teams, including a 4-3 thriller against New Zealand and a 2-1 victory over Ireland – a match that showed Cortes at his athletic best as he pulled off numerous saves. The 34-year-old Spanish ‘keeper has also shown remarkable longevity – he has more than 250 caps for his country including a World Cup bronze from 2006 and an Olympic silver from 2008. 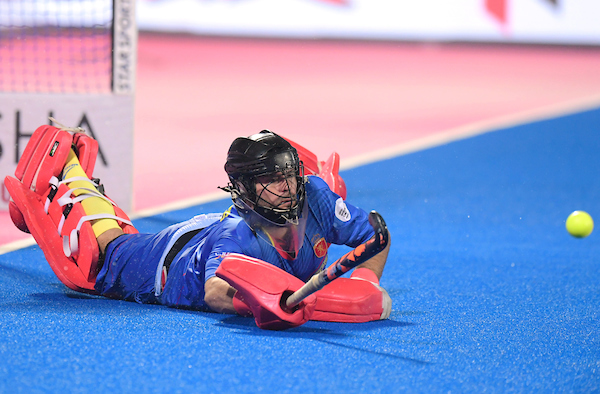 It is not a thought that Ireland’s David Harte would even countenance, but many hockey observers would lay much of the credit for Ireland’s success in recent years at the door of their charismatic ‘keeper. Qualification for both Rio 2016 and the Odisha Hockey Men’s World Cup Bhubaneswar 2018 [for the first time since 1990] was a case of a hockey nation punching high above its weight category. Harte is invariably the standout ‘keeper at qualification events and, as the FIH Goalkeeper of the Year in both 2015 and 2016, he is now up for an unprecedented third consecutive award. Harte plays his club hockey for SV Kampong and was part of the team that won the 2016 national title in the Netherlands for the first time in 32 years. 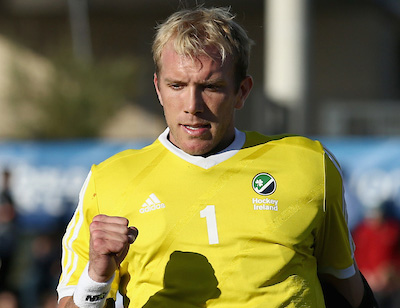 Captaining your side from the goalmouth is a notoriously difficult job but it is one that Great Britain and England’s George Pinner is relishing. The gregarious 30-year-old has been a constant in the Great Britain and England goal since 2013 (his international debut was in 2011) and in that time he has seen his team come tantalisingly close to podium places only to fall at the final hurdle. That has changed this year as England won bronze at the Hero Hockey World League Semi-Finals on home turf in London before repeating the feat at the Rabobank EuroHockey Championships in Amsterdam. The bronze medal match was a bruising encounter with Germany that saw Pinner at his courageous best as he blocked several point blank shots. 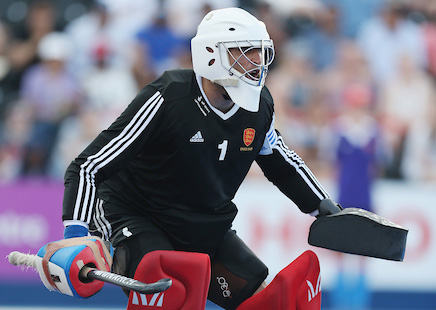 Known as ‘The Wall’, and for very good reason, Belgium’s goalkeeper Vincent Vanasch has been the defensive rock upon which the Red Lions have been able to build their team for the past six years. This year, Belgium have been in the finals of the Hockey World League Semi-Final in Johannesburg, which they won by a convincing 6-1 scoreline over Germany. They then played the final of the Rabobank EuroHockey Championships, losing out to the Netherlands in a 4-2 thriller. Vanasch was voted Goalkeeper of the Tournament for his performances in that campaign. Add this to a silver at the Rio 2016 Olympics and a meteoric rise up the world rankings and it is clear that the Belgium team, with Vanasch as its foundation, is a team that is at the top of its game. For the ‘keeper with lightning reflexes though, this is not enough – for him gold at Tokyo 2020 is the dream. 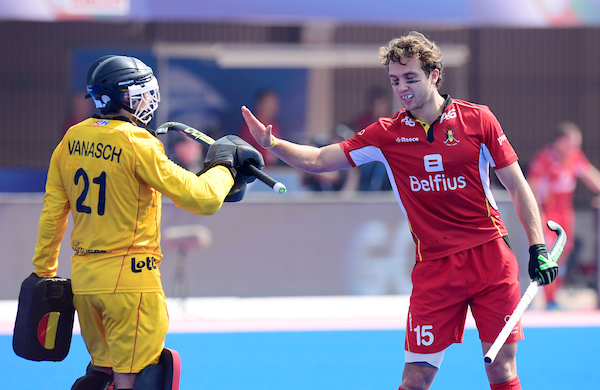 At 38, Argentina’s Juan Vivaldi is the oldest of our nominated athletes but age is the last thing on the ‘keeper’s mind. Argentina are enjoying a tremendous spell at the pinnacle of world hockey at the moment – as current Olympic champions and the world number two side – and Vivaldi is one of the unsung heroes in his team’s success. A strict fitness regime and an innate desire to keep winning medals ensures that Vivaldi remains one of the standout goalkeepers in an era where the standard of international 'keeping is sky-high. Vivaldi and his team added to their medal haul with a gold at the 2017 Pan American Cup and a silver medal at the the Odisha Hockey World League Final Bhubaneswar 2017, where they narrowly lost to Australia. They finished second in the Hero Men's Hockey World League Semi-Final in London, securing qualification for next year’s blue riband event, the Odisha Hockey Men’s World Cup Bhubaneswar 2018. 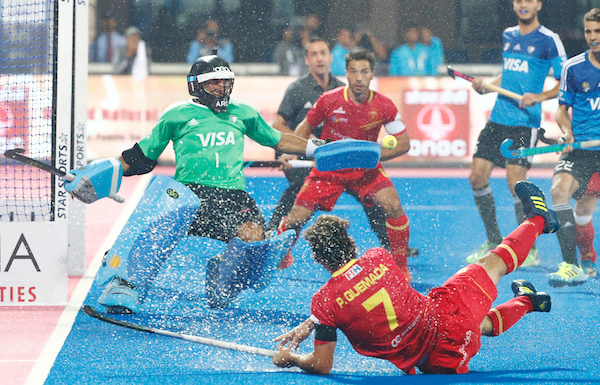