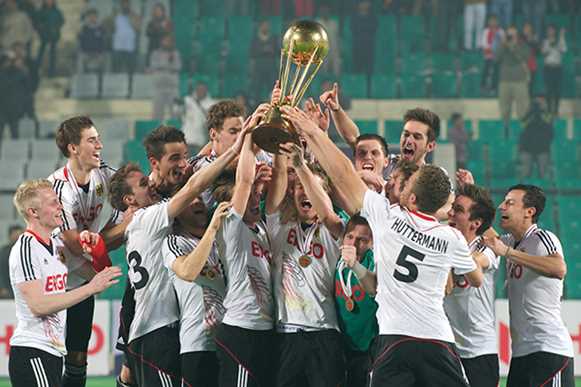 The International Hockey Federation (FIH) is delighted to confirm that the men’s Hockey Junior World Cup 2016 will be played in the Indian city of Lucknow in the state of Uttar Pradesh.

The Hockey Junior World Cup is a spectacle of new talent - the perfect platform for young players to unleash their raw skill onto the international hockey scene. Competing for the ultimate prize, this event is always an exciting and action-packed competition where new rivalries are made and lifelong friendships begin.

Speaking of this news, President of Hockey India and FIH Executive Board Member, Dr. Narinder Dhruv Batra, said: “The Hockey Junior World Cup, aside from being one of international hockey’s showcase events, is also a competition that shows the future of our sport. It highlights the best of the best in the years to come. And for such an event, there is no better host than the cradle of Indian hockey.”

He continued: “Uttar Pradesh has a long and rich history with our sport having provided our country with great hockey players. Names like Major Dhyan Chand, KD Singh Babu, Jaman Lal Sharma, Zafar Iqbal, Syed Ali are synonymous with hockey in India, therefore we are delighted to be taking this competition to a city with such an extensive history. We have no doubt that the local organisers and the people of Lucknow will put on a fantastic event for athletes, spectators and TV viewers around the world. The achievement to bring such a top level international event to Lucknow is only possible due to the young, dynamic and progressive thinking of Chief Minister of Uttar Pradesh Honourable Shri Akhilesh Yadav.”

FIH President Leandro Negre was also pleased to confirm the location of this year’s event. He said: “Lucknow is the perfect stage for our young stars to shine. It is a hotbed for hockey, its residents passionate about our great sport. Their energy combined with Hockey India’s experience of delivering first class events will be key to the success of the men’s Junior World Cup.”

He added: “I’m sure all of the teams, officials and fans heading to Lucknow will have a thoroughly enjoyable experience in this city which has a unique history and rich culture that will provide lasting memories from this event.”

For more information about both events, visit the FIH website here: fih.ch/events/hockey-junior-world-cup