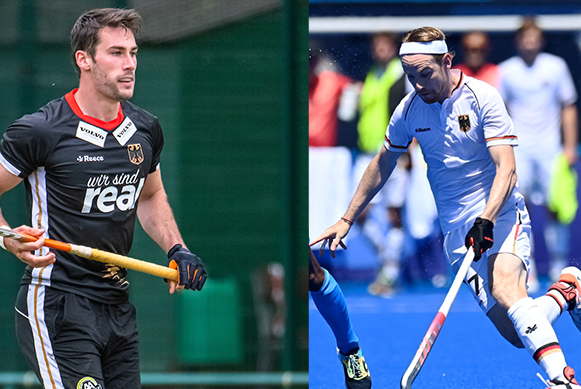 Experienced Benedikt can shine in Bhubaneswar

As reigning EuroHockey Junior Champions, the German national U21 men’s team will be heading to the FIH Junior World Cup in India with hopes of emulating the team that brought the trophy home in 2013 – a competition that was also took place in India.

Nowadays Christopher Ruhr is a star of the German senior team with 160 international caps, which includes an Olympic bronze medal (2016) and a FIH Indoor Hockey World Cup silver medal. However, it was in 2013 that the forward came to prominence when he was top scorer with nine goals at the FIH Junior World Cup, including a goal in the final as Germany beat France 5-2.

Benedikt Schwarzhaupt is a rising talent. The defender was part of the squad that won the EuroHockey Junior Championships in 2019 and he has been part of the German FIH Pro League squad since that time.

Looking back on the 2013 FIH Junior World Cup, which took place in New Delhi, Rühr says: ’It was a great experience. We had a great team back then and many of the guys went on to play for the senior squad. We went to India and didn’t really know what to expect. We hadn’t played teams like Argentina, Australia and India before but we saw throughout the tournament that we had a good squad. Lifting the trophy was a special moment.’

As a junior player, Schwarzhaupt faces a similar challenge. He and his teammates will not have had exposure to the wide range of international styles. However, he has played a few matches for the senior squad and, as Rühr says, this puts a player at an immediate advantage.

‘If you have played some senior hockey, you already have a certain standing and leadership role within the junior group. It is not that you are the ‘star’ of the group, but you have already had experiences that you can give back to the group.

‘The biggest difference is the physicality of the senior game. You learn to play ‘men’s’ hockey and that gives you experience of faster, harder hockey. You have a little more space at junior level.’

Schwarzhaupt is hoping that the team will gain the full experience of playing hockey in India. ‘I hope fans are allowed to watch the games, that will create a great atmosphere,’ he says.

‘It is not just the hockey,’ adds Rühr: ‘There is a difference in food and culture but it is the German way to be very prepared for these things. There will be a hell of a crowd, your fingers are a little ‘shivery’ at the beginning but it is a lot of fun. You have these things in your memories for ever.

Between now and the Junior World Cup, Schwarzhaupt will continue to train with the senior squad as well, where he regularly finds himself up against Rühr. ’For me, it was pretty cool to play alongside the men’s team ahead of the Junior World Cup and in training, I am a defender and Chris is an attacker, so that has really helped me develop my skills,’ he says.

Rühr is generous in his praise of the younger player, saying: ’Benedikt did very well [when he joined the senior squad for FIH Hockey Pro League matches] and stepped up as as central back, especially when we played Argentina. He is likely to be a standout player at the Junior World Cup.’

Germany will be competing in the 12th edition of the Men’s FIH Junior World Cup which takes place at the Kalinga Stadium in Bhubaneswar from 24 November to 5 December.