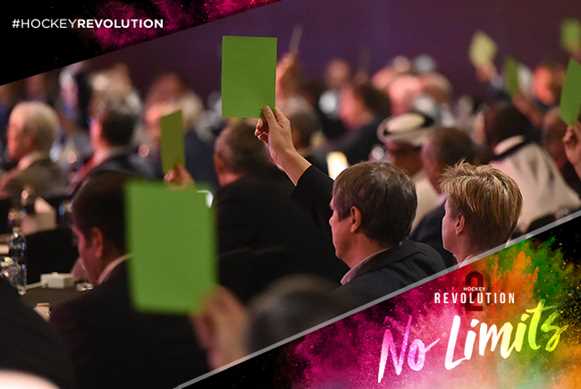 Key decisions and announcements from Dubai

All the key decisions and announcements from Dubai

Following the conclusion of the Hockey Revolution Part 2 Conference and 45th FIH Congress, here's a summary of all the key decisions and announcements made in Dubai. To read more about each, click on the blue title.