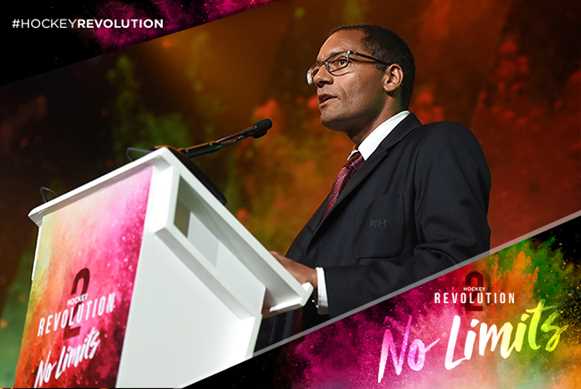 All five candidates were elected in the afternoon session following the election of new FIH President Dr Narinder Batra from India.

It follows member National Association’s decision to accept FIH Executive Board recommendations to change the gender structure of the Board which sees four men and four women now represented as Ordinary Board Members.

Zambia’s Hazel Kennedy was the other. The Secretary General of the National Olympic Committee of Zambia; President of the Zambia Hockey Association and former Executive Board Member of the African Hockey Federation defeated outgoing Executive Board Member Sue Catton (England) in the second ballot for the remaining position.

Delegates were then asked to vote on three vacant men's positions following the election of Dr Batra as President.

Macau’s Tayyab Ikram, a member of the International Olympic Committee Sport and Active Society Commission, CEO of the Asian Hockey Federation and Secretary General of Macau Hockey Association, was the first to be elected.

He was joined by President of the Royal Dutch Hockey Federation (KNHB), Member of the FIH Risk and Compliance Committee and Board Member of Topsport Amsterdam, Erik Cornelissen of the Netherlands.

The third candidate to be elected was former FIH Athletes’ Committee Chair and 2002 FIH Player of the Year Michael Green from Germany. He takes over the remaining two years of Dr Batra’s term as an Ordinary Member following the latter’s election as President while all others elected will be in office for four years.

To read about all the latest news from the Hockey Revolution Part 2 Conference, featuring the 45th FIH Congress, visit the official event website by clicking here.