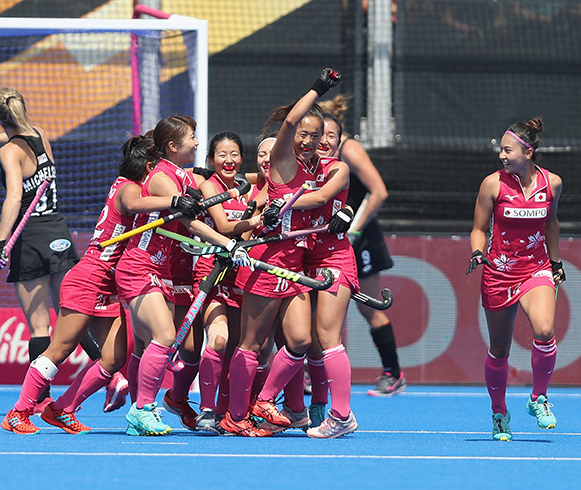 Anthony Farry is the Head Coach to Japan’s Cherry Blossoms. In the short time the Australian has been working with Japan, he has led them to a first-ever gold medal at the 2018 Asian Games and the team is playing a style of fluid, attacking hockey that is winning plaudits from hockey fans. With the Tokyo 2020 Olympic Games on the horizon, the Cherry Blossoms are taking every opportunity to test themselves against the best of the best. An opening match at the Wanglibao Hockey Champions Trophy against the world's number one side, the Netherlands, should provide the stern test that Farry and his squad are seeking.

FIH: Why is the Hockey Champions Trophy (HCT) an important event in the hockey calendar?

AF: The Hockey Champions Trophy is such an important event because traditionally it has always been such a prestigious tournament to be involved in. The top nations in the world come together at this event, so to take part is a wonderful opportunity to test yourself against the best. This is my first HCT as a Head Coach so it is a real honour to take part in something that has such a great tradition.

And I am sure that China, as hosts, will give it the fitting stage that it is owed. I had the pleasure of viewing the Men's Champions Trophy in Breda in June and it was brilliant so we are expecting big things.

FIH: Japan is the lowest ranked team (FIH Hero World ranking:14), so how will you approach each game and what do you expect your players to gain from the experience?

AF: We are not too concerned about world rankings. We are very excited to play against top opposition every game as we don’t get this level of competition all the time so it will be an invaluable experience for us and one that we are really excited about.

FIH: What have the squad's preparations for the HCT consisted of?

AF: We will be playing Germany in a series in Japan at the start of November in the lead up to the HCT so they will give us some very tough games against one of the best teams in the world. That is a pretty solid lead in.

FIH: Aside from winning, what will be the main objectives for the squad?

AF: I think you will probably see a couple of new faces introduced, which is exciting for the group. It’s important that we are able to see as many athletes as possible in a competitive environment in the lead-up to Tokyo 2020 and what better place to test athletes than at this event.

FIH: Japan has enjoyed some really good performances in recent months at both the Vitality Hockey Women’s World Cup and the Asian Games - what factors are proving so successful?

AF: We were able to play with some consistency at Asian Games and that was great, however, the Champions Trophy will be a completely different challenge and we recognise how hard it will be to play against world class teams each game. It does, however, present another chance for our group to strive for the level that we want to be at. I believe that our attention to detail with relation to game preparation and game management is becoming stronger and we want to keep building on this.

FIH: What is the general feeling around Japanese hockey at the moment?

AF: Excitement. With the Tokyo Olympics fast approaching and the country starting to become more involved, everyone is doing their best to get a foot in the door for selection.  Everyone is aware of how big this is for, not only Japan, but hockey in general with regard to growing the sport worldwide. There is a huge opportunity, and responsibility, for us to do well and that’s exactly as we want it.

The Wanglibao Hockey Champions Trophy takes place from 17-25 November in Changzhou, China. For full details about the event, including a match schedule, click here.