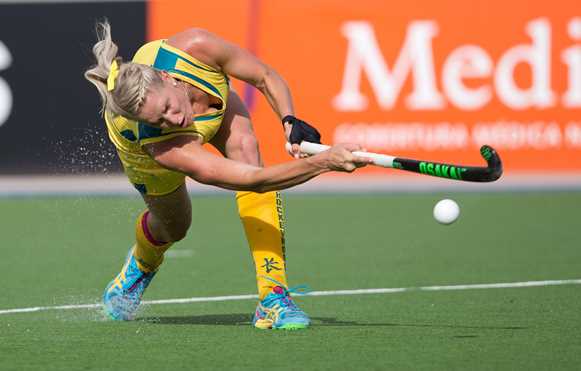 The Champions Trophy by numbers

The Champions Trophy by numbers

And so the year draws to a close and the international hockey community takes a collective deep breath and reflects on a fabulous year of top notch hockey.

The past three weeks have seen some of the best hockey players in the world in action at the men's and women's Champions Trophy, held respectively in Bhubaneswar, India and Mendoza, Argentina. For the 6,000 blue and white-clad fans who packed the stadium in Mendoza, the dream outcome was realised when Luciana Aymar of Argentina was able to raise the trophy on home soil and in her last international appearance.

The script in Bhubaneswar did not follow the same pattern of home team success as India, despite a strong start, were not able to finish any higher than 4th, after losing 2-1 to Australia in the bronze medal match. The honours went to Germany, who defeated Pakistan 2-0 in the final. This victory is a significant next step in German hockey development as the winning side featured seven members of the Junior World Cup winning side from December 2013. Winning silver was a greAT achievement for the Green Sticks, in fact it was Pakistan's best finish since 1998. Pakistan Hockey tweeted after the event "12 days ago we were convinced we would not even attend the event. Today we've given a podium finish. We are worth it." A delighted Nicolas Jacobi, the German goalkeeper, said "Champions Trophy winner 2014, great team and great Indian crowd. Thank you India."

The final standings were:

For Las Leonas, the win in Mendoza means they now join the Netherlands and Australia at the top of the leader board, each team having won the trophy six times. For Luciana Aymar this is also her sixth Champions Trophy gold medal, the Argentine icon has been part of every gold medal winning team.

Germany will be pleased to have broken the ever-tightening grip that the Kookaburras had on the trophy. This victory is German's 10th in the competition, but their last win came in 2007, in Kuala Lumpur. Every subsequent Champions Trophy victory had gone to Australia, so Markus Weise and his team will be delighted to add the Champions Trophy to their 2012 Olympic success.

Both competitions saw the introduction of the four quarters – four sessions of 15 minutes each – and fears that this format would lead to less goals was soon cast asunder as the goals came thick and fast. For the women the average was three goals a game, there were 72 goals in 24 games; while in the men's event it was nearly 4.5 goals per game, with 107 goals scored in the same number of games. The women's goal-scoring average was slightly less than at the World Cup, the men's average slightly higher.

In the women's competition, Carla Rebecchi (ARG) and Jodie Kenny (AUS) shared the award as they both scored five goals – Kenny from penalty corners and Rebecchi from two field goals and three penalty corners.

The highest scoreline was England men's 8-2 win over Pakistan, while in the women's event, Argentina beat China 7-2 in an exciting, if one-sided encounter.

The most unusual set of scores occurred at Mendoza when the second day of play yielded four matches, each with a 1-1 scoreline. By contrast, over in Bhubaneswar, Day Two saw an amazing 29 goals in four matches. The most productive quarter of any match was the second quarter of the Australia versus Belgium pool match in Bhubaneswar. Five goals in 15 minutes meant the fans that day were in for a goal-scoring treat. Argentina women backed up their own claim that they worked their way into matches, after they scored three goals in the final quarter twice - once against China in the quarter finals and against England in the pool matches.