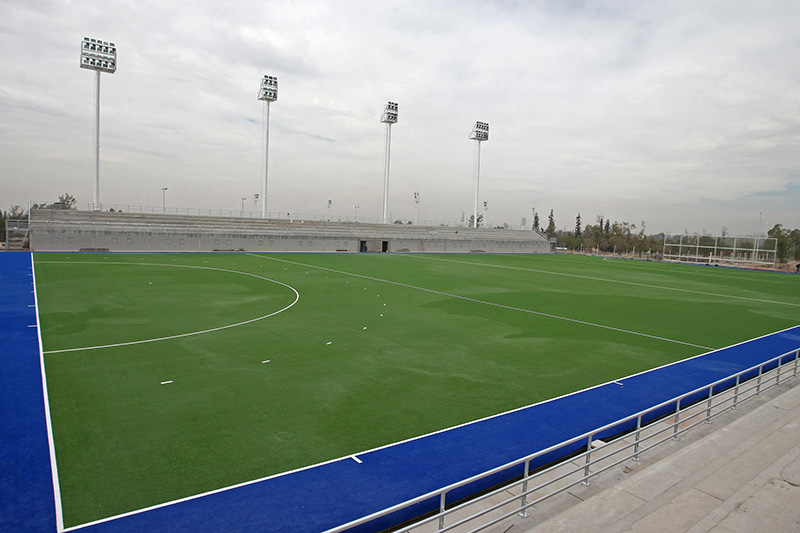 Mendoza is a low-lying city spread across the valley of the Río Mendoza and in the foothills of the Andean mountain range. This bustling city lies to the east of Mount Aconcagua, the highest peak in the Western and Southern hemispheres. Mendoza takes its name from Garciá Hurtado de Mendoza, who was a Spanish soldier and the former Governor of Chile.  The city is one of the most popular year-round tourist destinations in Argentina. Although it draws its share of adventure travellers, lured by the climbing, skiing, hiking and rafting opportunities within an easy drive of downtown, the area’s more than 1,000 vineyards bring oenophiles in even greater numbers.

About the Estadio Mendocina de Hockey  The Estadio Mendocino de Hockey was built initially to host the 2013 Women’s Pan American Cup, where Argentina claimed the title, and seats up to 5000 spectators. The new stadium was greeted with great enthusiasm by hockey fans in Argentina, who were already thinking ahead to the 2014 Champions Trophy.

The Argentina Hockey Champions Trophy in Mendoza will see eight of the world’s finest international women’s teams doing battle for one of the most famous prizes in the sport. The event features two pools of four followed by quarter-finals, semi-finals, classification and medal matches. Pool A will feature reigning World and Olympic champions the Netherlands going into battle against China, New Zealand and Japan, while home favourites and Champions Trophy holders Argentina face World Cup Silver medallists Australia, England and Germany in Pool B.

The Round-Robin pool phase will take place over three competition days from 29 November until 2 December 2014. Following the Round Robin, the teams will move into the crossover quarter-final phase, with the pool winners meeting the bottom team from the opposite pool. The #2 and #3 finishers will also face-off in the knock out quarter-final. From there, the winners move into semi-finals and the medal games, with the losing teams playing for placement.

Argentina Champions Trophy will be performing at the Mendocino Field Hockey Stadium.