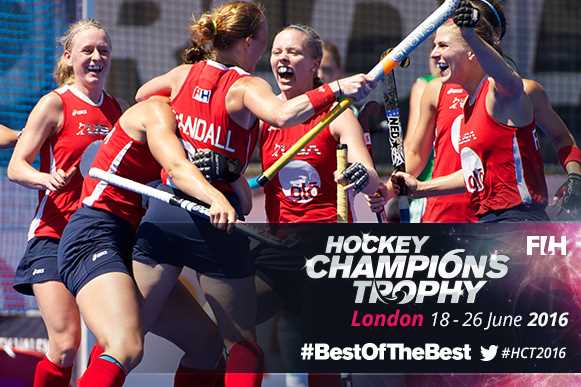 USA are a team to be feared after beating Argentina to the Pan-Am title last year Photo: FIH/Stanislas Brochier

Over the past two years, Team USA have earned a reputation as a team that needs to be feared and respected in equal measure.

The team – coached by former England and Great Britain international defender Craig Parnham – powered to victory at the 2014 Champions Challenge in Glasgow, Scotland to seal a ticket to this year’s Hockey Champions Trophy before taking their brilliant form into the Rabobank Hockey World Cup, where they claimed a remarkable fourth place finish despite entering the event placed 10th in the FIH World Rankings.

Despite a sub-standard fifth place finish at the Valencia Hockey World League Semi-Final, 2015 will be remembered as a very good year thanks to the successful defence of their Pan American Games gold medal. For the second successive Games, Team USA saw off the challenge of higher-ranked Argentina, with goals from midfielder Katie Reinprecht and striker Michelle Vittese earning a victory over Las Leonas to seal a place at the Rio 2016 Olympics. The USA team that will compete in London is captained by 31-year-old defender Lauren Crandall, who with over 270 international appearances is one of the longest serving members of the group.

Crandall is one of five players to have surpassed the 200 caps marker, with key midfielder Rachel Dawson (280+), Michelle Kasold (210+), Katelyn Falgowski (210+) and Katie Bam (200+) also members of the 200 club. Melissa Gonzalez, Michelle Vittese, sisters Julia and Katie Reinprecht and goalkeeper Jaclyn Briggs have all played over 100 times for a very experienced and talented USA team that will be looking to secure a podium finish at this event.

Coach comment – Craig Parnham: "This is an important phase for us as we prepare for the Olympics in August. The warm-up games in Holland followed by the Champions Trophy provide us with a great opportunity to play against the world's top teams. This competitive match phase allows us to continue to refine and grow the technical and tactical components of our game."

Player perspective – Katelyn Falgowski (midfield): “We have trained hard and are ready to draw on our training for strength, encouragement and determination. We view every opportunity as a chance to get better and take practice, one day, one game at a time. We are preparing ourselves to the best of our abilities and are excited to see what this summer holds in store for us, both in London and Rio.”

One to watch: Katie Bam (formerly O’Donnell). A quick, skillful and creative forward who sets up as many goals as she scores. The influential 27-year-old has played a significant role in the USA revival in recent years and will be keen to make her mark in London.