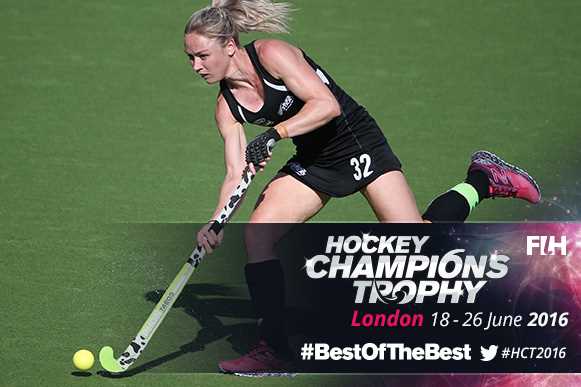 Black Sticks going for gold in 2016

Under the guidance of Head Coach and former Australian international Mark Hager, New Zealand’s Black Sticks have enjoyed arguably the most successful period in their history. In 2011, the team claimed their first ever Hockey Champions Trophy medal when they took third place at the competition in Amsterdam, and a year later narrowly missed out on an Olympic medal when they were beaten by Great Britain in the fight for bronze.

Following a difficult 2013, the team achieved a hugely creditable fifth place finish at the Rabobank Hockey World Cup 2014 before claiming fourth place at the end-of-year Argentina Hockey Champions Trophy. In 2015, a fourth place finish at the FINTRO Hockey World League Semi-Final and a silver medal at the Oceania Cup were slightly below expectations, but the side ended the year with a magnificent, confidence boosting silver medal at the Argentina Hockey World League Final, losing the final against the host nation in Rosario.

Following the birth of her daughter Addison last year, former captain Kayla Whitelock has made a sparkling return to international hockey in 2016 and remains one of the team’s most influential players. Whitelock has set her sights on claiming a medal at the Rio 2016 Olympics, spurred on by the pain of missing out on bronze at London 2012. One player who will miss out this summer is midfielder Shiloh Gloyn, who badly injured the anterior cruciate ligament (ACL) in her right knee, sidelining her for six months and cruelly ending her Olympic dream.

Player perspective – Kayla Whitelock (midfield) on why she decided to return to international hockey: "Just being so close in London, not quite getting that medal. That would be a dream, getting a medal in Rio. I was watching the girls and seeing how they were going, and I think they were taking a good step in the right direction and I wanted to be part of it."

One to watch: Anita McLaren (formerly Punt). With well over 200 international appearances to her name, this lightning fast attacker is one of the most experienced members of the Black Sticks line-up. Her frightening turn of pace has been terrorizing defenders for years, and is also a regular scorer from penalty corner situations thanks to her impressive drag-flicking skills. She recently married New Zealand decathlete Scott McLaren.