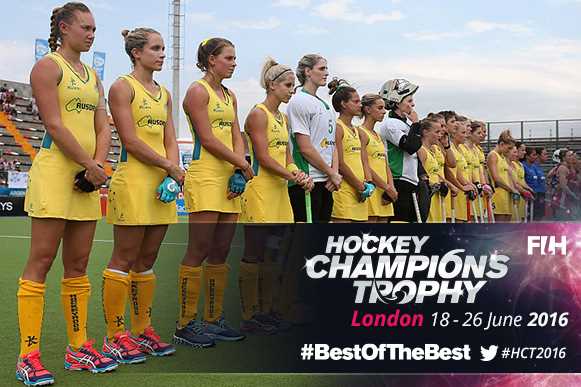 Between 1994 and 2000, Australia (FIH Hero World Ranking: 3) were by far and away the best team on the planet, claiming two Olympic gold medals and two World Cups as the team coached by Ric Charlesworth (and inspired by the on-field brilliance of current Netherlands women’s Head Coach Alyson Annan) ruled the hockey world. Many years have passed since that time, but under the expert guidance of Head Coach and former Australia men’s international Adam Commens, the side are once again capable of challenging for the game’s top honours. Following their fifth place finish at the London 2012 Olympic Games, Australia’s young guns hit some seriously impressive form.

Signs of progress were seen as early as September 2012 when the team claimed the FIH Champions Challenge 1, a success which was quickly followed in 2013 by first place finishes at the Hockey World League Semi-Final (London) and Oceania Cup Continental Championship before claiming a silver medal at the Argentina Hockey World League Final in San Miguel de Tucumán. They took their sensational form into the Rabobank Hockey World Cup 2014, where they finished as silver medallists behind host nation and world number one Netherlands. Since then, the team has won a gold medal at the Commonwealth Games (Glasgow, Scotland), silver at the 2014 Argentina Hockey Champions Trophy, confirmed their place at the Rio 2016 Olympic Games by taking third at the FINTRO Hockey World League Semi-Final in Antwerp, Belgium, and became Oceania champions once again in 2015.

A sixth place finish at the end-of-year Hockey World League Final in Argentina was disappointing, but there is little doubt that this current Australia team is a serious contender for the big titles on offer in 2016.  The team will be led by inspirational captain and all time record cap holder Madonna Blyth, although there are plenty of others who could make a big impact in London. Defender, penalty corner expert and Hockey Australia’s women’s Player of the Year for 2015 Jodie Kenny is a prolific goal-scorer, while Georgia Nanscawen, Emily Smith and brilliant goalkeeper Rachel Lynch are also key players in this very talented, supremely athletic squad.

Extra info: In February of this year, Adam Commens announced that he would be standing down as Hockeyroos Head Coach after the Rio 2016 Olympic Games due to family reasons. The former Australian international will relinquish his position in November after more than five years in the role.

Player perspective – Georgie Parker (forward). “Every event we go to we are aiming to be the best we can be. With the Champions Trophy being so close to Rio we are hoping to be performing close to our best hockey, however we still need to keep our cards close to our chest for the big event. You don't win an Olympic games in June.”

One to watch: Madonna Blyth. Australia’s team captain and star midfielderis the most capped Hockeyroo of all time, having overtaken Nikki Hudson’s 303-game record at the FINTRO Hockey World League Semi-Final in Antwerp last summer. Since making her senior international debut in 2004, Blyth has represented her country at two Olympics, earning a reputation as a fearless player who thrives on the big occasion.