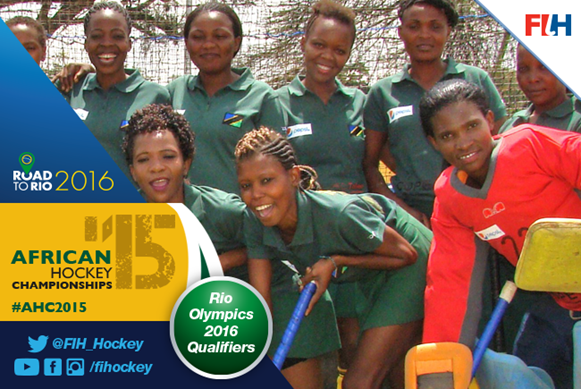 Tanzania ready to make their mark in Africa

As the teams make their last minute preparations for the African Hockey Championships, which get under way tomorrow in Johannesburg, South Africa, the coaches of Tanzania are excited at the prospect of seeing the fruits of their labour in what has been a remarkable transition into a hockey-playing nation from a virtually non-existent start point.

Former Italian hockey player Valentina Quaranta and Nick Isbouts from the Netherlands are the women’s and men’s national coaches respectively.

Besides her role as women’s national coach, Quaranta works for the government organisation CO.PE, which aims to educate and empower women. She has been the driving force behind hockey development in Tanzania, particularly among girls and women.

Isbouts came to work on a hockey camp as a volunteer last January and was persuaded to stay and take on the men’s team as head coach. He is assisted by local coaches Mnonda Magani and Merika Kahola.

“The tournament will be tough,” said Quaranta. In their pool, Tanzania men face Egypt in their opening game, and they will also play Nigeria and Kenya. Egypt (20) are the highest ranked team in pool B, Kenya are ranked 39th, while Tanzania are ranked at 73 in the FIH World Rankings.

“Tanzania men and women will play against sides that have far more experience, but we have already fought and won our first battle – to raise the funds to pay for the team’s trip and accommodation in South Africa,” said Quaranta.

The women’s opening match is against Zimbabwe, a game that Tanzania (ranked 46) would hope to win as they sit nine ranking points higher than their opponents (ranked 55).

Tanzania will also hope to capitalise upon the international experience they have gained as a result of their appearance at the Hockey World League Round One in Nairobi, Kenya last year.

Under Quaranta’s guidance, the team has been on an incredible journey. She took on the role with CO.PE in Tanzania with the stated intention of rebuilding the national women’s team and just a  short time into her tenure, the Tanzania team made their Hockey World League debut. This appearance had been preceded by the nation’s first ever participation in the 2013 Africa Cup for Nations.

One of the most remarkable aspects of Quaranta’s involvement in Tanzania Hockey has been her ability to source funding for the team. In the monthly newsletter released by the Tanzania Hockey Association, she said: “We have got fantastic, amazing support from private donors from around the world - friends, hockey players and other supporters from Italy, Tanzania, Australia, the Netherlands, just to name a few.”

The team also has a local sponsor, NMB, who has helped finance the trip and team kit.

From the excited and busy tone of the monthly newsletter to the pictures of the enthusiastic players training on sandy pitches, it is not difficult to see why Quaranta, local coach Ignas Luena and Isbouts, are so excited at the potential of Tanzania to cause an upset in Johannesburg.

As with all teams competing in Johannesburg, Tanzania's men and women start the championships knowing that the winners will be invited to participate in the Rio 2016 Olympic Games. It would certainly be a fairytale story for Tanzania to reach the Olympics, however if they don't make it  this time around, it certainly won't be long before the are competing against the world's best hockey teams once more.